Welcome to Baltimore Small Business Stories.
If you are interested in learning more about us and our mission, please join our newsletter below and follow us on Instagram @BaltimoreSmall.
Thank you you for signing up.
Something went wrong while submitting the form.
Small Business:
Backyard Basecamp
Owner:
Atiya Wells
Interview Date:
07.29.20

“I was raised in North New Jersey, which is not unlike Baltimore, with a similar kind of social, economic, and political demographic—an urban metropolis. Growing up, I always envisioned that nature was somewhere you had to go travel to, like you had to catch a plane to go to Yosemite National Park or something.”

"The first time I went on an actual hike I was 22. My boyfriend (now my husband) and I used to do this thing where we would get in the car and drive, without a destination in mind. One day, we were driving and I remember seeing a bunch of trees and I looked at him and said, “Where the hell are you taking me?” I was like, “Do I need my knife? What’s going on here?” It’s not that I thought he would actually harm me, but there is a thought of being discarded in the woods that has been passed down from generation to generation for a lot of Black folks.

We ended up taking a short hike to an overlook at Gambrill State Park in Frederick, Maryland, and I couldn’t believe how nice it was. I was in nursing school at the time and stressed out, but that 25 minute hiking experience felt so good and refreshed me at such a deep level.

I told my boyfriend that we have to do that more often. We started hiking every weekend or whenever we had the chance.

I was 24 when we had our daughter, and we took her on all of our hiking adventures too. We had a little hiking pack to carry her in and would let her walk on her own sometimes. She didn’t like hiking as much as she enjoyed playing with rocks and leaves and looking at all of the plants and trees."

"I didn’t realize the importance of BIPOC kids needing to be out in nature until I was 29 years old. In an effort to educate my daughter and her friends about nature, I started taking classes on nature and plant identification and I realized that I was always the only Black person in all of the classes.

I wanted to learn why, so I did a lot of research and that’s when I learned about the dangers, historically, for Black folks being outside. It goes back to enslavement, Jim Crow laws, sundown towns… We call it intergenerational trauma. Historical trauma. Ancestral wounding."

‍
"A lot of our family members have told us stories from those times, and while we haven’t experienced them firsthand, we feel it. As a result, the thought of even being outside as a Black person today can be traumatic." 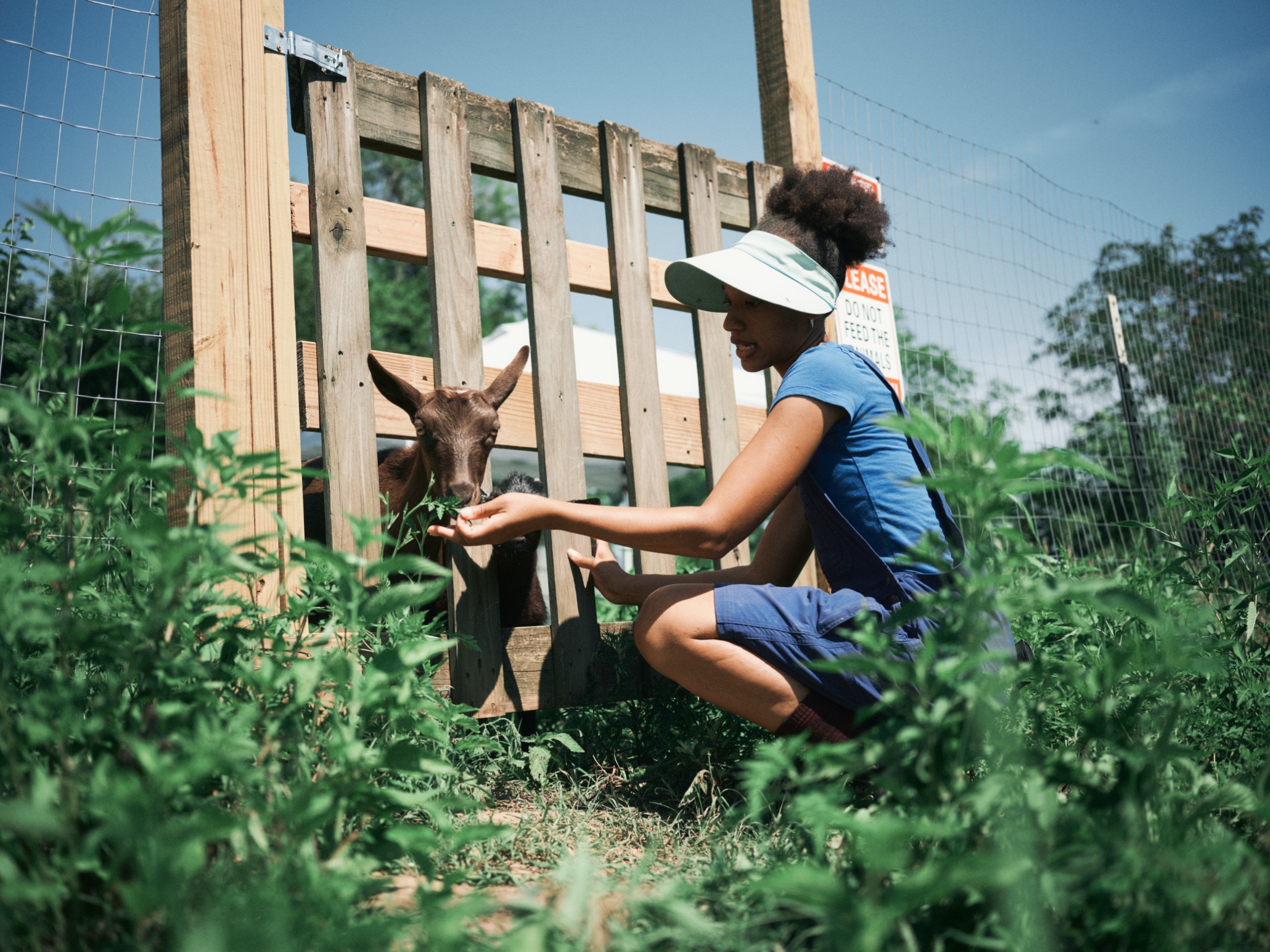 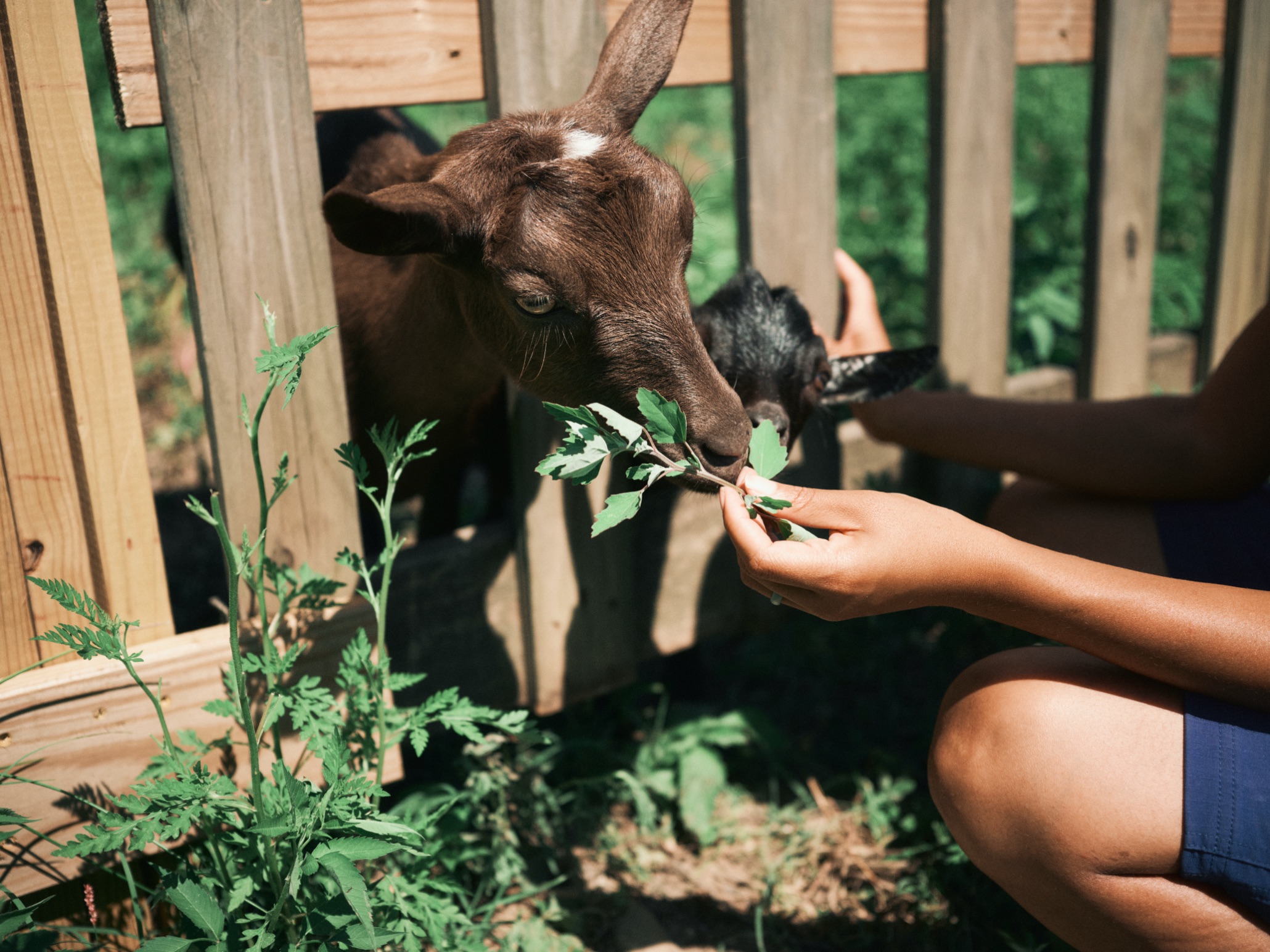 "A big part of what I’m doing now is reframing and pushing back on the narratives that have been ingrained in us. I'm encouraging BIPOC kids to get out of their home environments to experience the restorative power of nature."

"My hope is that BLISS Meadows lasts forever. Having this neighborhood greenspace, led by people who have the same skin color as the people we work with, is extremely powerful for them."