Welcome to Baltimore Small Business Stories.
If you are interested in learning more about us and our mission, please join our newsletter below and follow us on Instagram @BaltimoreSmall.
Thank you you for signing up.
Something went wrong while submitting the form.
Small Business:
Berries by Quicha
Owner:
LaQuicha Brown
Interview Date:
07.27.21

"I went to Morgan State University. I was a stay-at-home mom at the time. My daughter was about four, and my sons were seven and nine. I was also a research assistant while in school. My major was in sociology with a minor in criminal justice. I learned a lot by going back to school and setting that example for my children. They were doing their homework and I was doing mine, so they could see that we were all working hard together. I ended up graduating with a 3.9 GPA.

Once I graduated, I was in the process of looking for employment but it was really hard to find something that would give me the flexibility and pay I needed.

That winter, in February 2014, there was a big snowstorm and not many people could get out of their homes to buy Valentine's Day gifts. I figured I could make chocolate-covered strawberries, sell them, and deliver them. I texted all of my family members and friends and let them know that I’d be making and delivering berries, and it went crazy. The berry business took off." 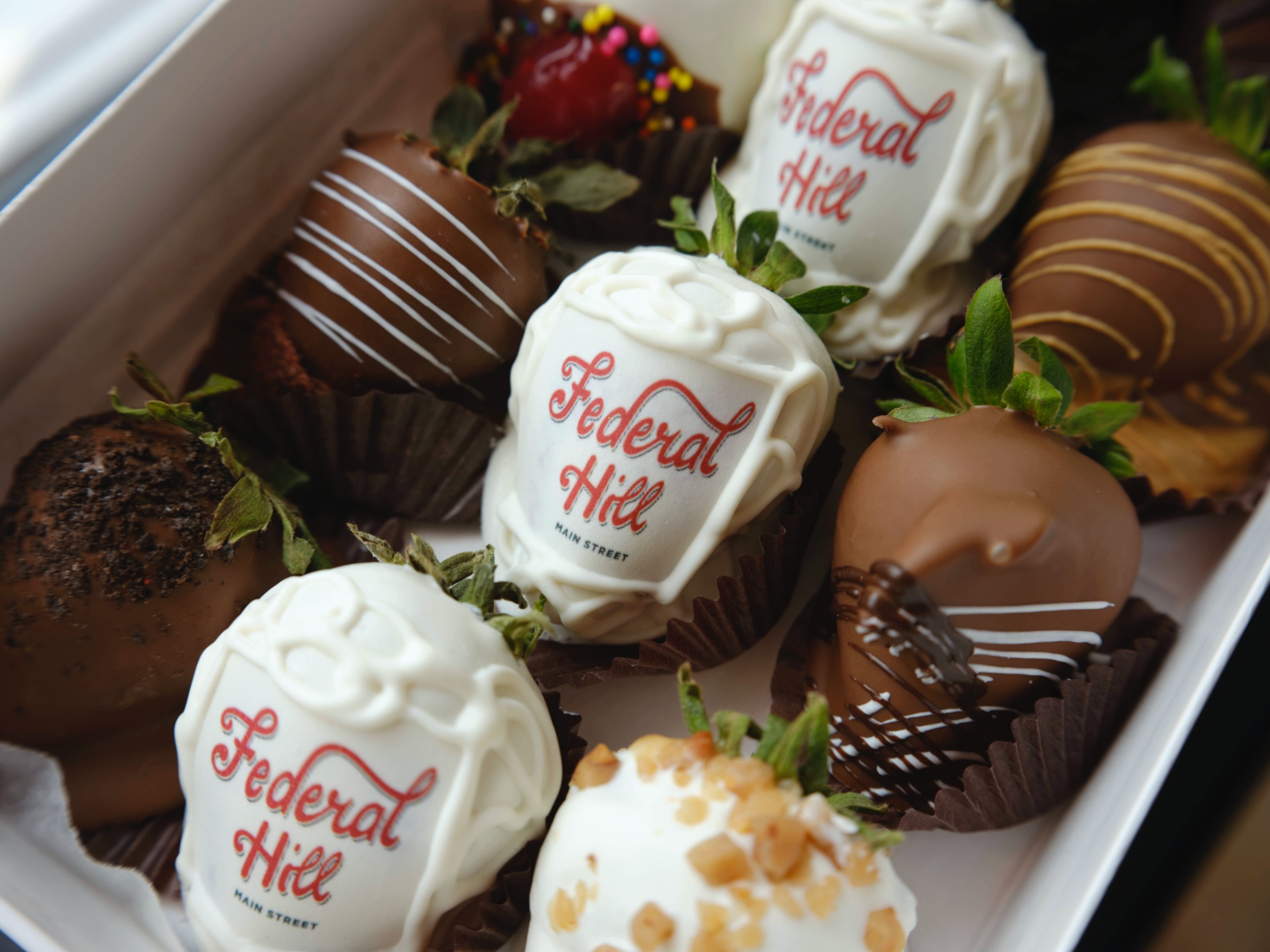 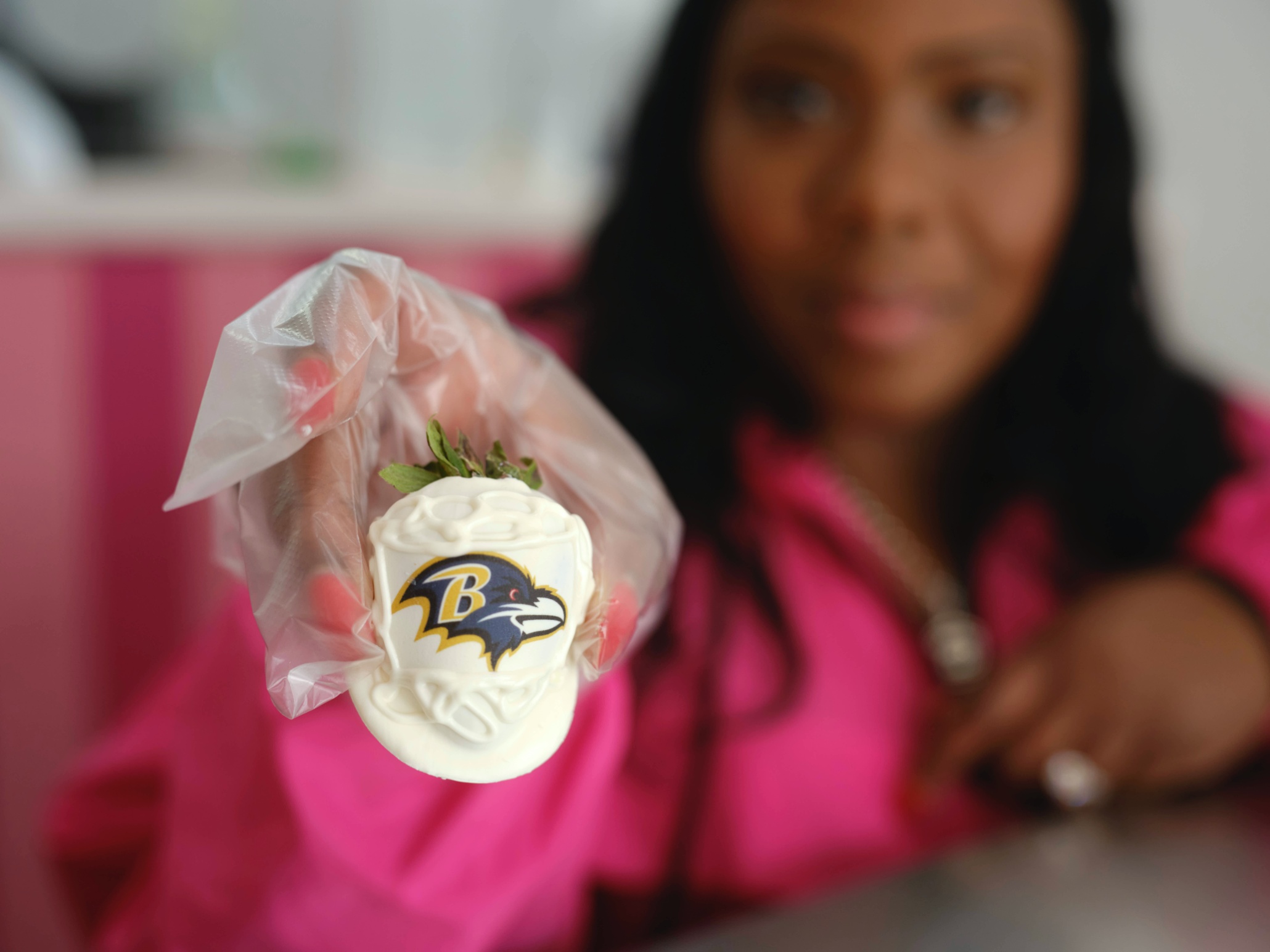 "Six months later I was offered the opportunity to open my first shop inside of the Best Western on O’Donnell Street in Baltimore. Our sales were very up & down at that point, but I made a commitment to open the shop because it was a great opportunity.

At the same time, I was still waiting to hear back from a contractual job position that allowed me to make my schedule around my children’s schedules. The pay was amazing too, so I really wanted this job. From one week to the next, I didn't know what I’d be doing for work.

I eventually got the call about the job and it turned out that they wanted to hire me. I was told that I could start the following Monday. I told the woman on the call that I would need a moment to think about it. She was confused because I had been waiting to get this job for months. So I took a moment to think. I called my children’s father and asked him if he’d be able to help me run the strawberry shop. That way, I could manage my job and the business. He said, ‘No’. I said, ‘Okay, no worries.’

I took that moment and I prayed. I was like, ‘Okay God, I have been waiting on this job and you know it.’ At that very moment, I felt clarity. I felt empowered to release the job. I heard God say, ‘I have your back.’" 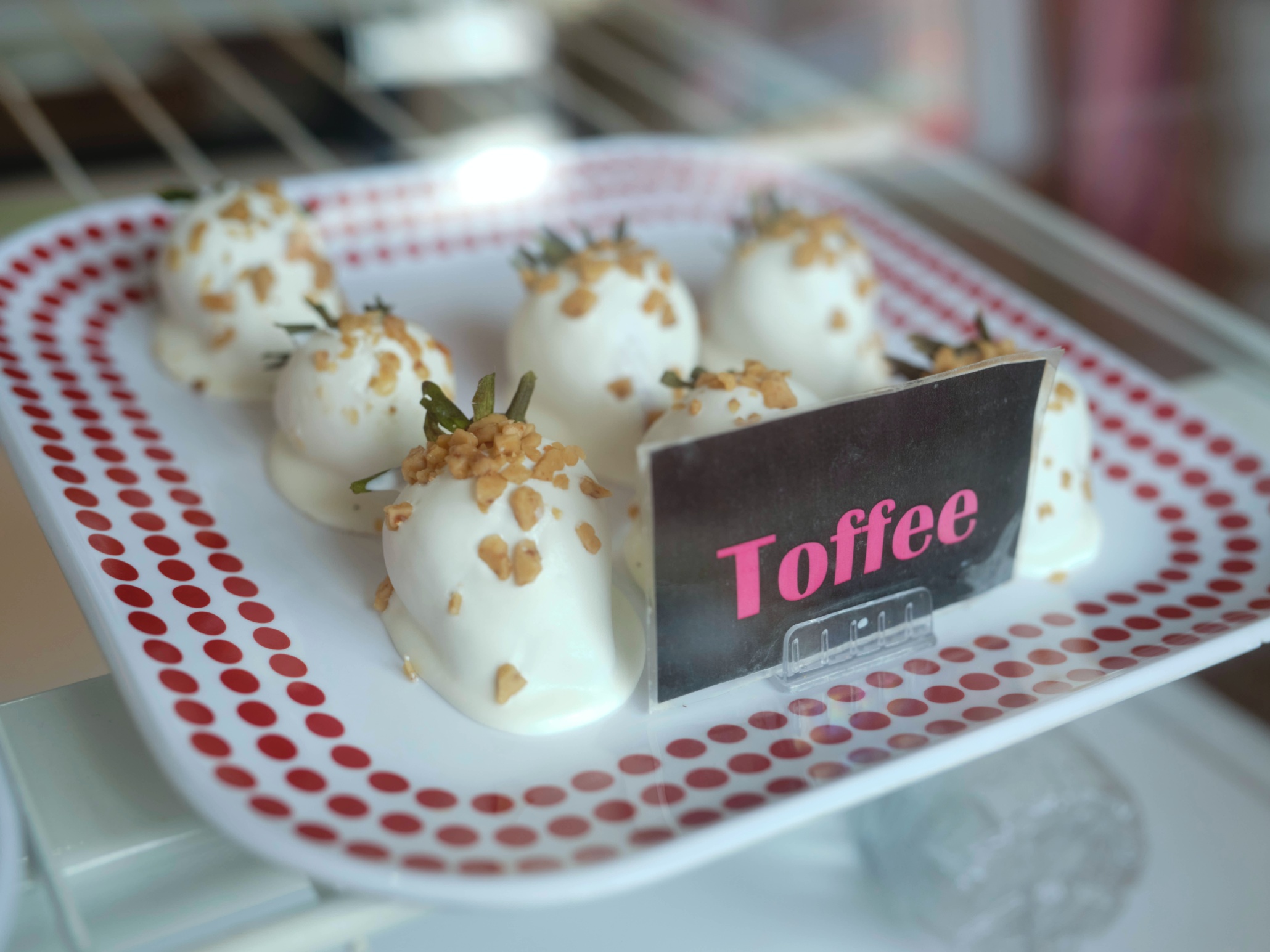 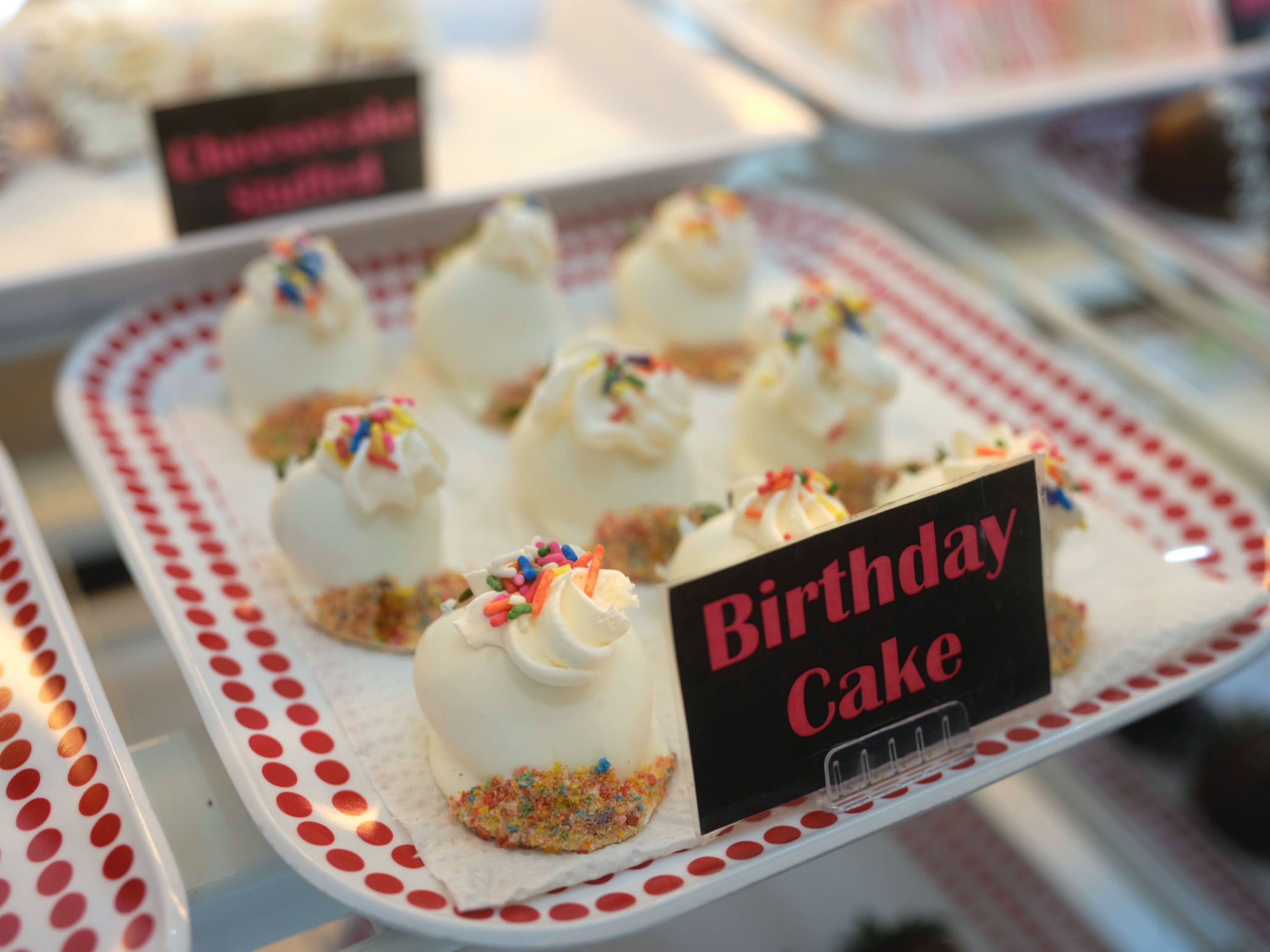 "I called the woman back and told her that I wasn’t taking the job. She was shocked and so was I. I was turning down $70,000.00 versus me not knowing what my income might be from one week to another. I haven’t looked back since.

I always tell people that we don’t know what's on the other side, but when we put our faith where it should be, we can walk forward and know it’s going to be okay. It’s truly been a faith walk.

I believe that God put this business in my life. I had never dreamed about making chocolate strawberries, nor did I have a desire to own my own business. This path was truly designated for me.

I now have shops at the Best Western and Federal Hill." 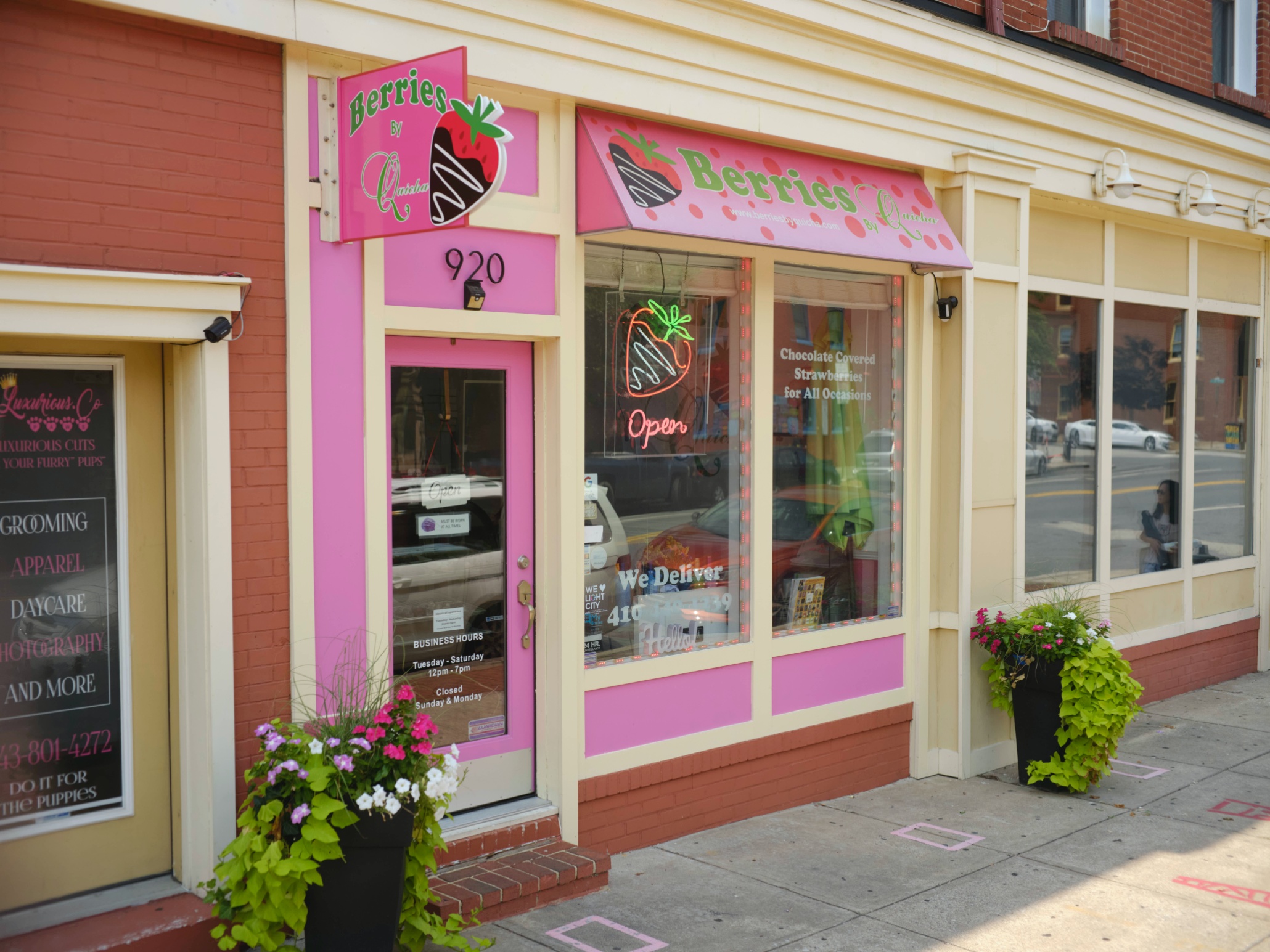 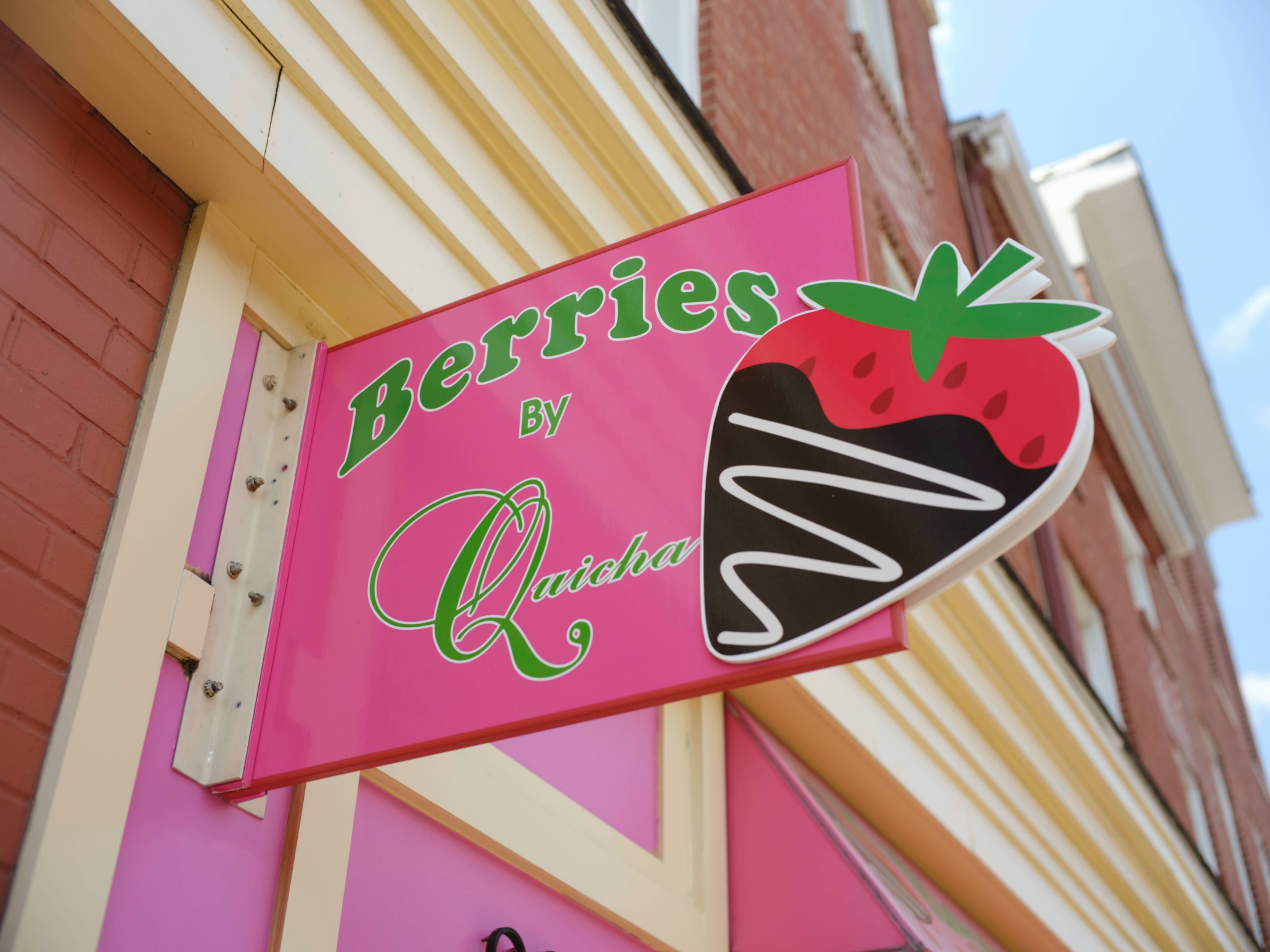 "Federal Hill was our first stand-alone retail location. From the second I saw the space, I knew this was the one for me. Everything felt right about it. From day one, we were always welcome here. We had samples and balloons for the grand opening and everyone joined in the fun. The neighbors were so supportive.

Through being a small business in this neighborhood, I’ve been able to realize that small businesses make the community stronger because the businesses are where the residents live. We all have the same common goal; we want the neighborhood to be a clean, nice, family environment. Although I don't reside here, I feel like a resident.”