Welcome to Baltimore Small Business Stories.
If you are interested in learning more about us and our mission, please join our newsletter below and follow us on Instagram @BaltimoreSmall.
Thank you you for signing up.
Something went wrong while submitting the form.
Small Business:
Citywide Youth Development
Owner:
Rasheed Aziz
Interview Date:
02.23.21

“I grew up in the oldest Black town in America; Eatonville, Florida. It was the first town successfully established by freed slaves in 1887. While being raised in that community I felt a spirit of self-sufficiency and independence. I’m talking about people who were former slaves who, at one time didn’t have control of their own bodies and were then freed and able to develop their own city. Witnessing their pride, sense of control, and ownership from a young age is what continues to empower me to this day."

"I had many good friends when I was fourteen years old, but within six months they were all selling dope. It happened that rapidly. I became a teenager in the height of the crack era.

Our entire Black community had seen the results of oppression by white people. We had come so far. I questioned how I could turn around and do something detrimental to my own people who had already lived through so much pain. I would have been selfishly destroying families and generations of people. I couldn’t participate in selling drugs for monetary gain. I don’t believe you can benefit personally by oppressing others.

I grew up watching my great-grandmother run her own restaurant. She also rented space at the local gas station where she sold chicken on Fridays, Saturdays, and Sundays. She’d take me with her to help. When the Fourth of July came around, she bought thousands of dollars in fireworks and she’d send me out to sell them to the community. I didn’t realize it at the time, but she was teaching me to be an entrepreneur.

I went to North Carolina Central University in 1995. One of the most important lessons I learned was understanding the impact that manufacturing had on rural and urban communities by observing the manufacturing and textile industries in the Carolinas. That’s where I initially had the idea to try and resurrect inner cities by manufacturing products within the neighborhoods.

I also interned for a gentleman who had an Italian ice business using mobile carts to sell his product. He created jobs for many young people in his community. I began processing the importance of employing youth within their own communities as an alternative to selling drugs.

I returned to Florida after college and became very interested in entrepreneurship. I started cutting and sewing my own designs and selling them in the neighborhood. I also began making frozen sorbet and selling it in the community, but I wanted more. I wanted to grow my vision of helping youth help themselves." 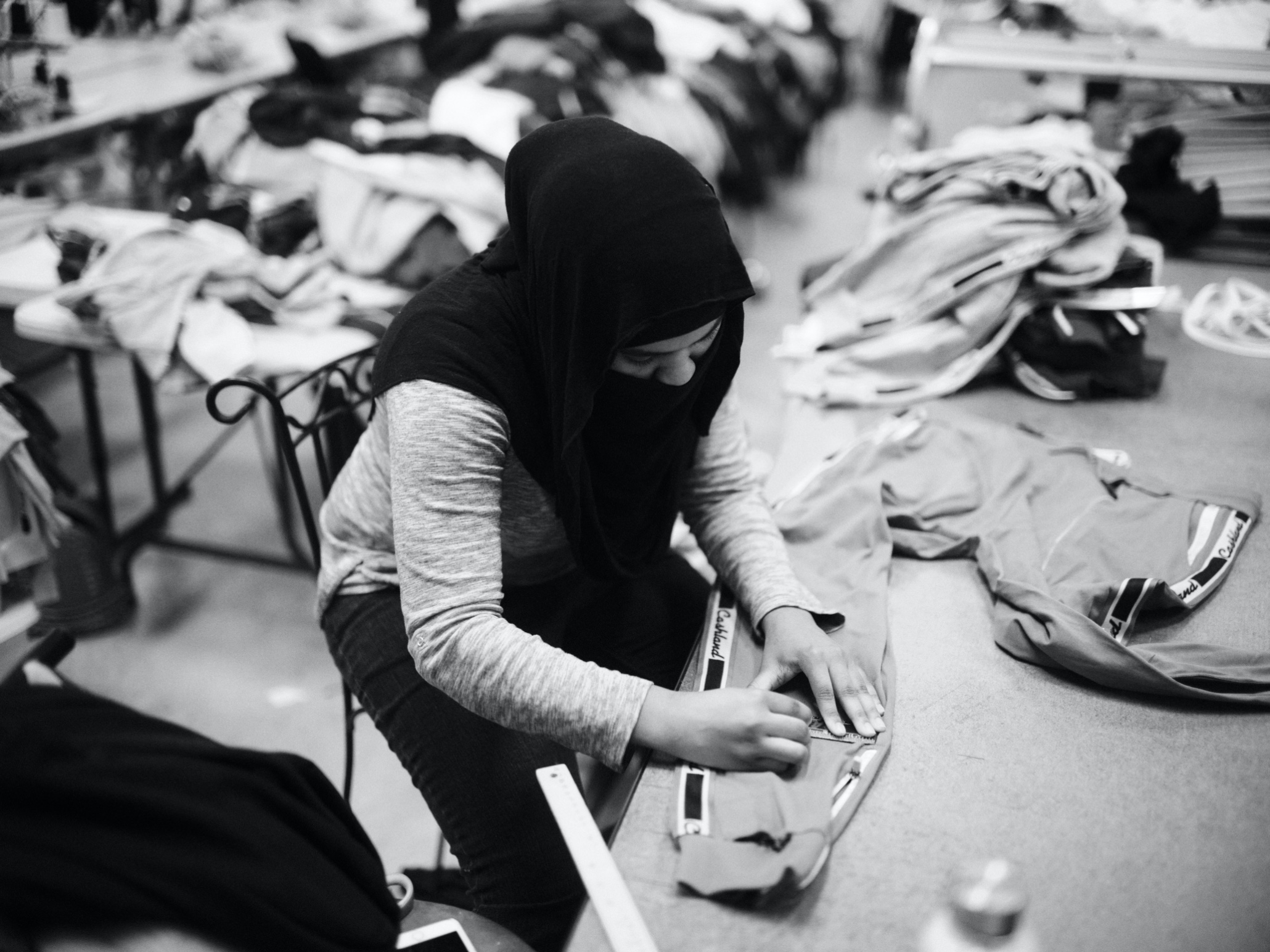 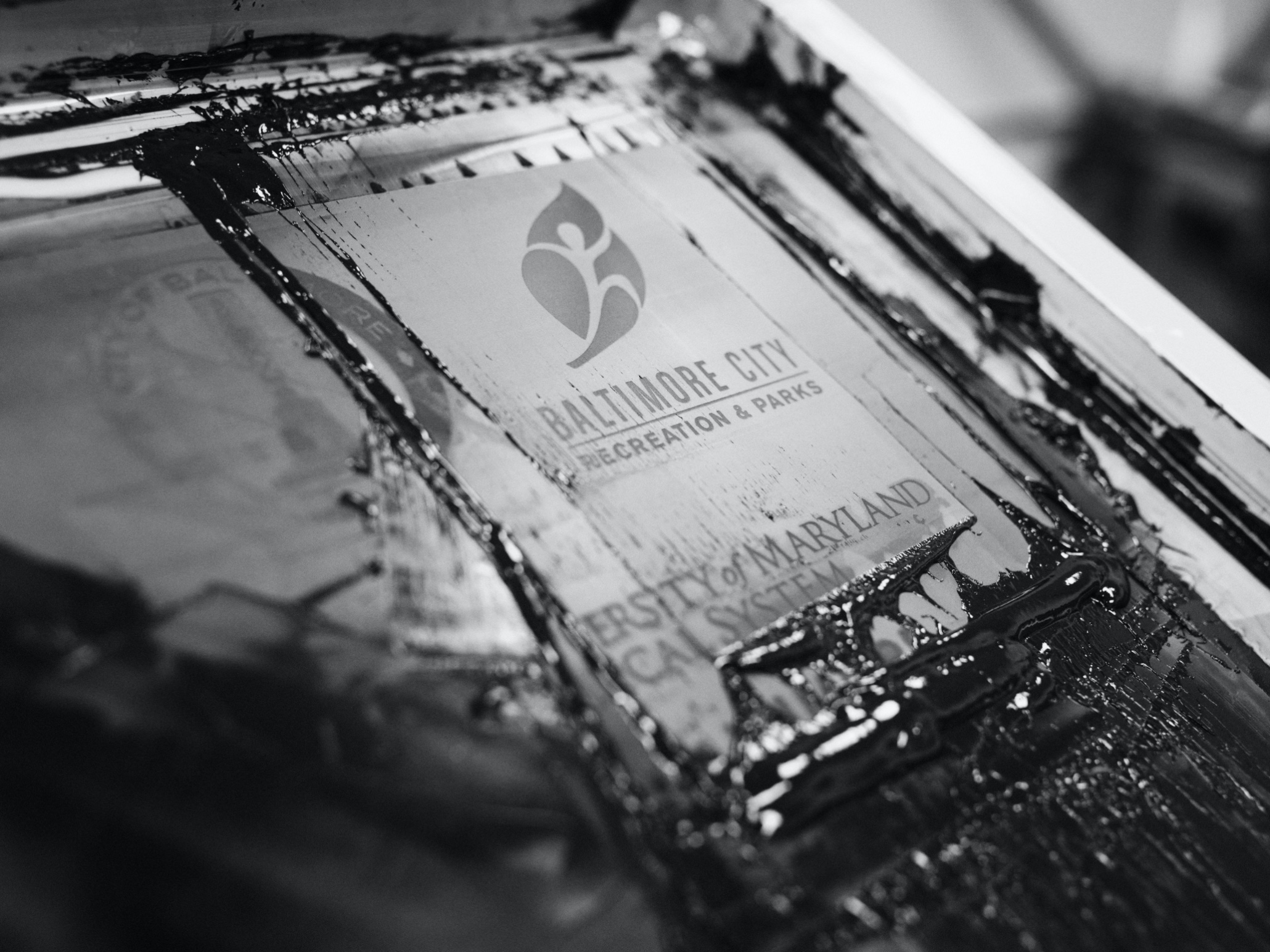 "After spending time in Florida, I realized I needed to be in an inner-city environment to make the type of impact I envisioned. I originally set my sights on Washington DC, but a friend told me to give Baltimore a try. I did, and I haven’t left Baltimore since."

"Creating opportunities for young Black youth within their neighborhoods was my main reason for settling here. There’s a need to employ youth and give them a purpose and a paycheck instead of them becoming involved in the drug culture. Unfortunately, once you get caught in the criminal justice system you already have a strike against you that prevents you from the majority of opportunities. It sometimes makes it impossible to vote, go to college, enlist in the military, or get a job. Where does one turn when everything stacks up against you? It’s best to employ youth prior to convictions so they escape that equation.

I’ve been fortunate enough to found two businesses; Frozen Dessert Sorbet and Made in B-More Clothing. The sorbet business sells freshly made sorbet from carts placed at city pools and busy spots throughout the city. Made in B-More Clothing designs and manufactures activewear for kids and adults. These businesses have created hundreds of opportunities to both employ and educate inner-city youth in entrepreneurship, helping erase roads to poverty and crime." 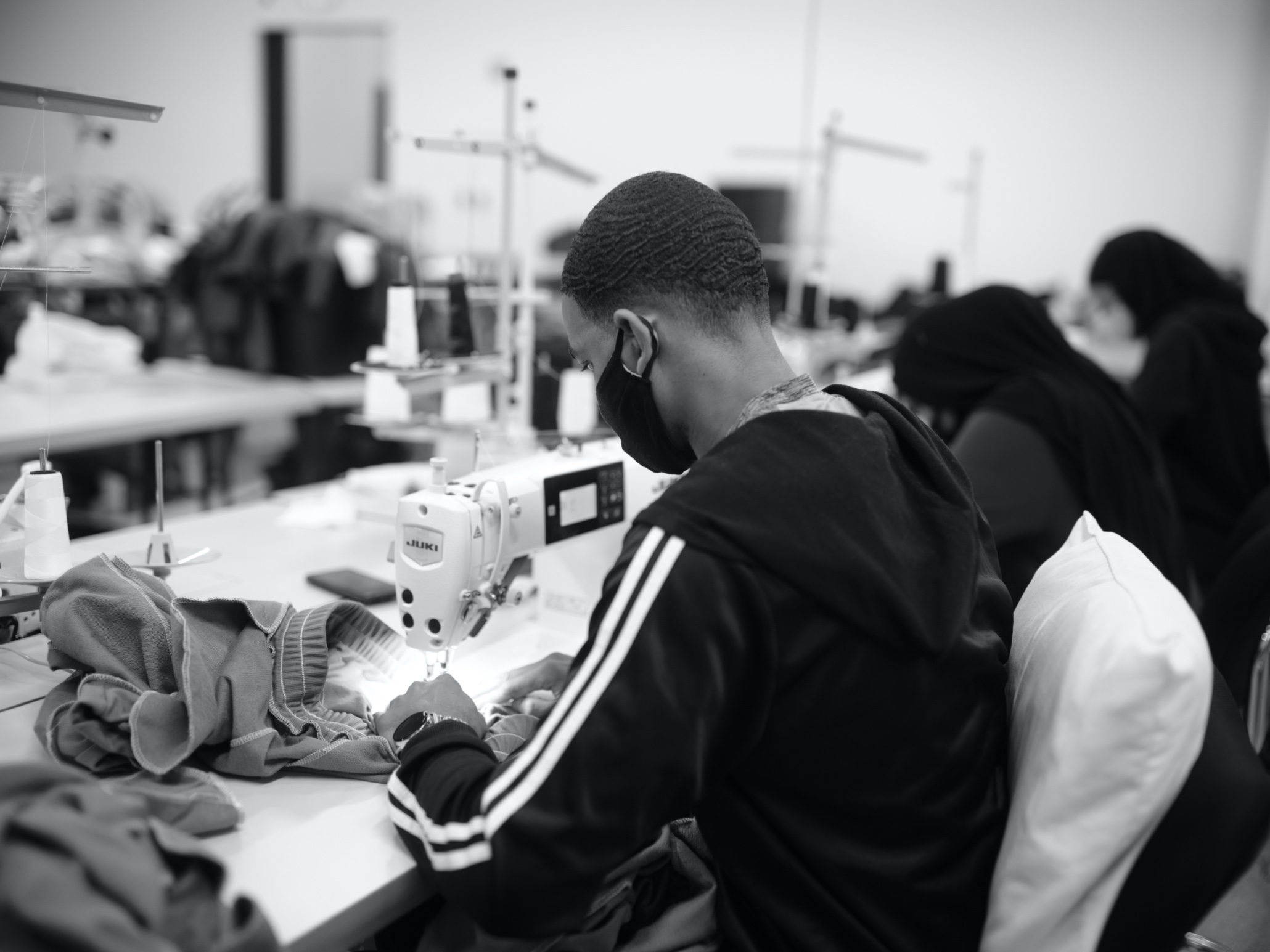 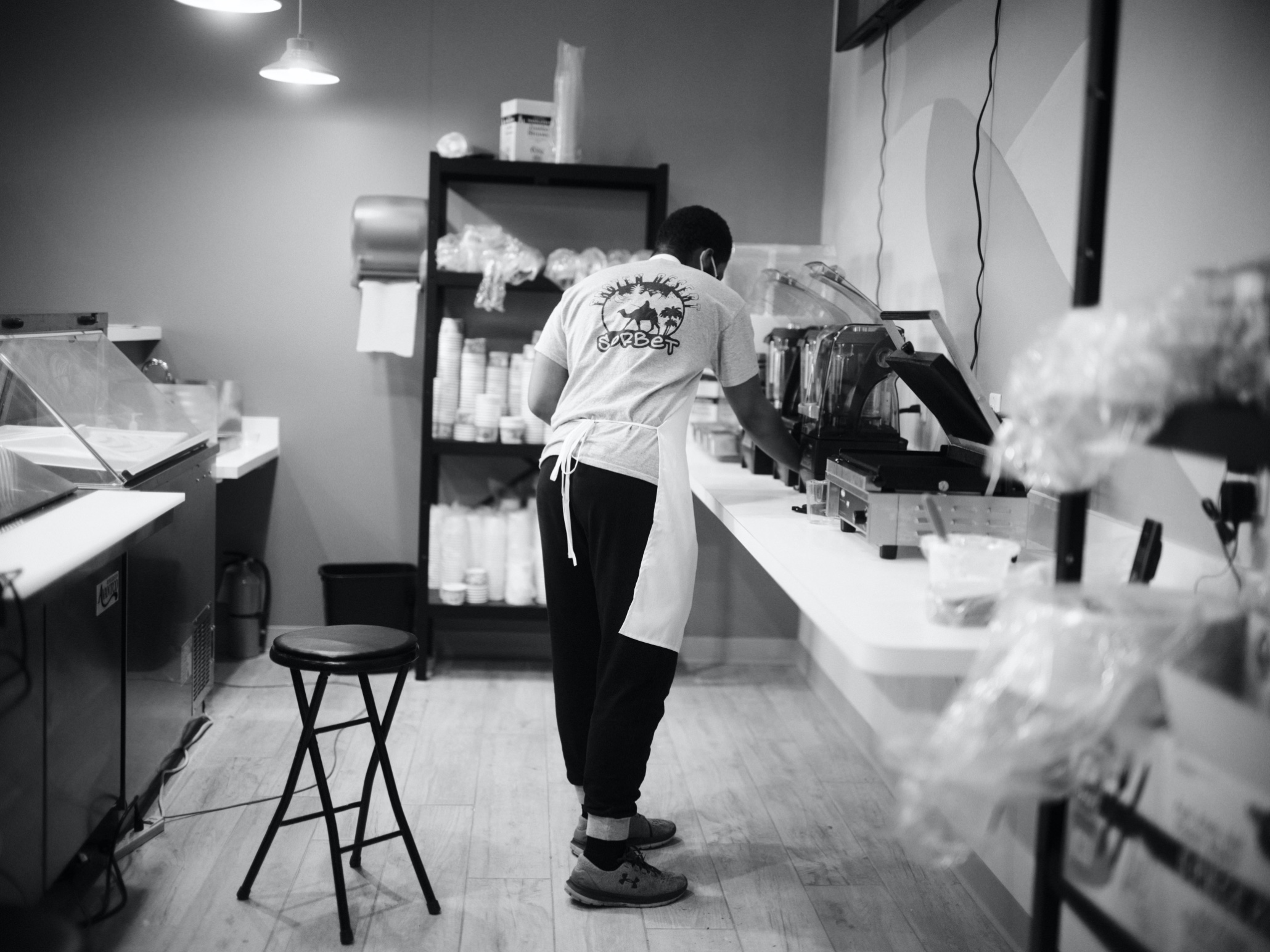 "In 2017, we partnered with Under Armour and Plank Industries to train individuals in apparel manufacturing with the hope of eventually working for Under Armor. After using their space in Port Covington we realized that it was difficult for the kids on the east and west sides of town to get to work. While Port Covington is a great part of town, it wasn’t accessible enough for our inner-city youth.

We decided it was critical to create job opportunities in the communities where our staff live. This allows them to eat, work and play within their own community. We developed a plan to move our facility to one of the poorest and highest crime-ridden zip codes in Baltimore, 21217."

"Most of the time young people are committing crimes in their own communities because they are brought up in stressful situations brought on by poverty. The ability to have a manufacturing and entrepreneurship center in the middle of their own community is liberating. It tells a different story, a more promising one, a story of hope.

Opening our facility in that environment was a big undertaking because many politicians are looking for solutions outside the community. We are fortunate to have a handful of partners who witness what we are up against. They understand the value of bringing jobs into impoverished neighborhoods to instill a hopeful purpose into the lives of our youth.

After much planning and anticipation, the Entrepreneurs Making And Growing Enterprises (EMAGE) Center opened in February at 2112 W. North Ave. The EMAGE Center is headquarters for Frozen Dessert Sorbet and the Made in BMore apparel manufacturing facility. It also features the Frozen Desert Sorbet & Cafe and is home for several shops featuring local entrepreneurs." 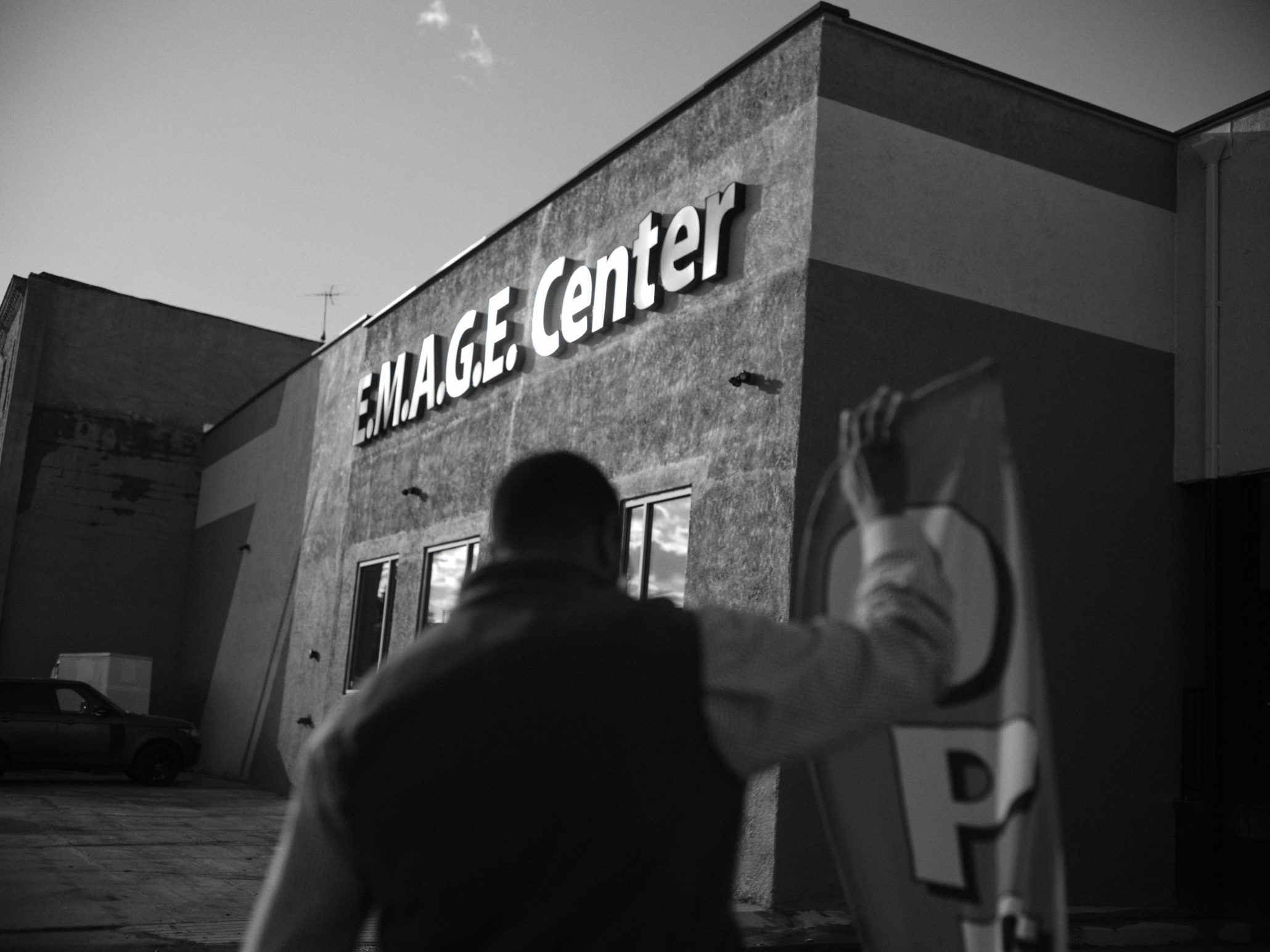 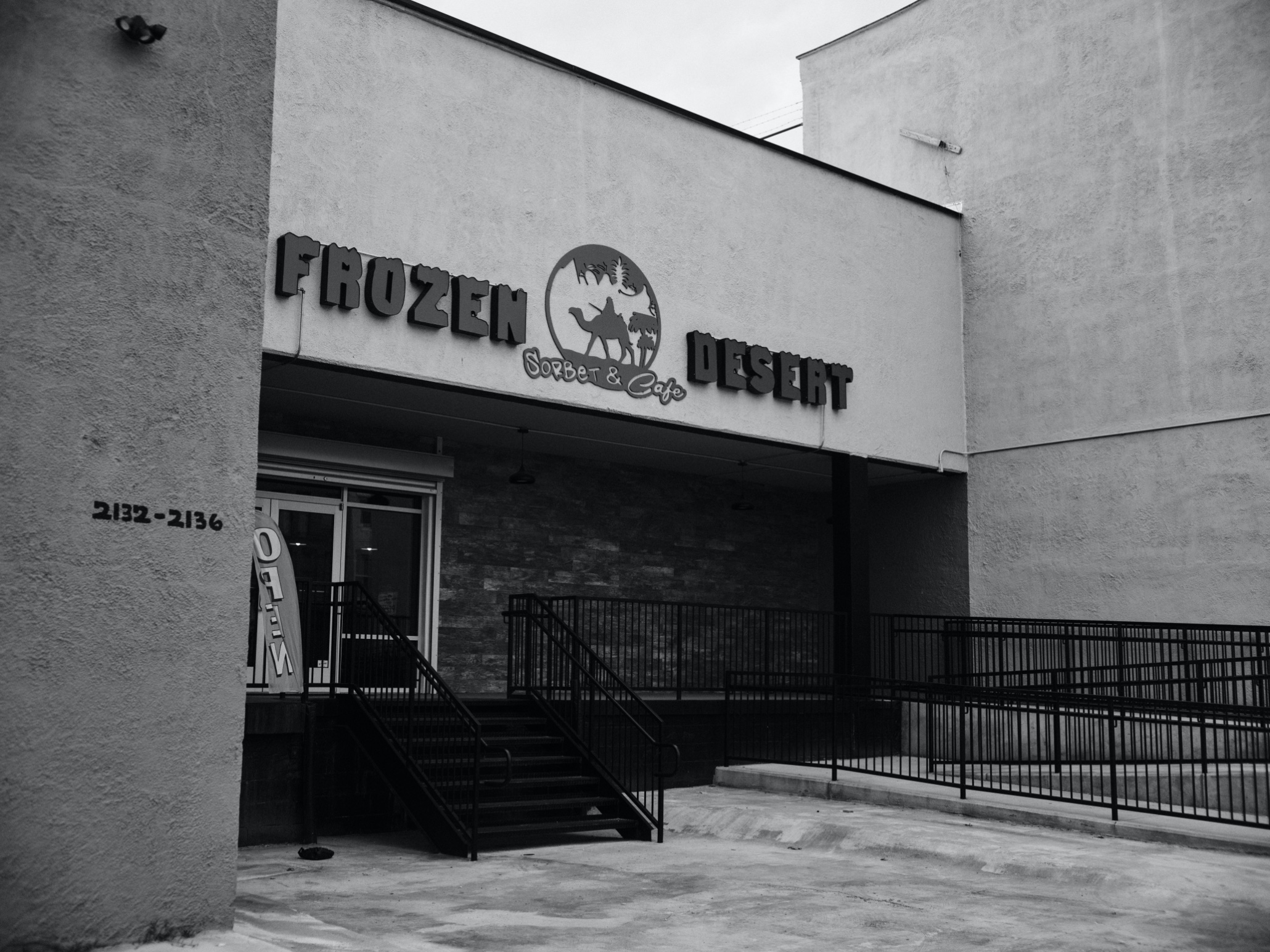 "Our kids can now walk by the building every day and instead of seeing another dilapidated building, they witness something they can take pride in. They walk into a facility that looks like it would be in Owings Mills or Towson; that alone creates an entirely different mindset and psyche.

The youth see firsthand that this level of success was obtained by individuals within their community. Believing and investing in their futures is the best gift we can give them. The work environment leads to healthier lifestyles. Seeds for entrepreneurship and a future are planted.

Healing Baltimore communities by creating industry within these areas gives me tremendous hope. One facility created 100 job opportunities. It’s very real. Manufacturing develops and cultivates economic empowerment and changes lives. Industry built America. If entire countries’ economies can be built on manufacturing, surely our neighborhoods can do the same.”