Welcome to Baltimore Small Business Stories.
If you are interested in learning more about us and our mission, please join our newsletter below and follow us on Instagram @BaltimoreSmall.
Thank you you for signing up.
Something went wrong while submitting the form.
Small Business:
Goodwood Design
Owner:
Garrett Brooks
Interview Date:
03.04.21

"In 2005, after I graduated from Rhode Island School of Design with a degree in Furniture Design, I worked and lived at a Buddhist Monastery in California for nine months. I did a bunch of wood and metalwork for them. That place was amazing. We were up in the mountains in Northern California and you could hear the waves crashing in the ocean down below. My girlfriend got a job in Grand Rapids, Michigan so we moved there. It was 2008, right after the market crash so jobs were hard to find. I ended up working for the Grand Rapids Art Museum as their chief preparator. Each year the museum did a big display where they would get 20 different artists, and I negotiated with them about their installation designs. The entire time I had my own workshop in my basement. I’d make a piece of furniture here and there for friends or work colleagues. I’d often ask the artists at the museum how they finally decided to go out on their own. They all told me the same thing, ‘You’ve gotta go out and do it. You can’t just piece-meal. You’ll never get anywhere if you just try to do it on the side. You’ll probably go broke a few times, but you gotta go full-in.’

After working at the museum for six years, I started to feel a bit soul-sucked. I wanted to keep growing as a furniture designer so I decided to go for it." 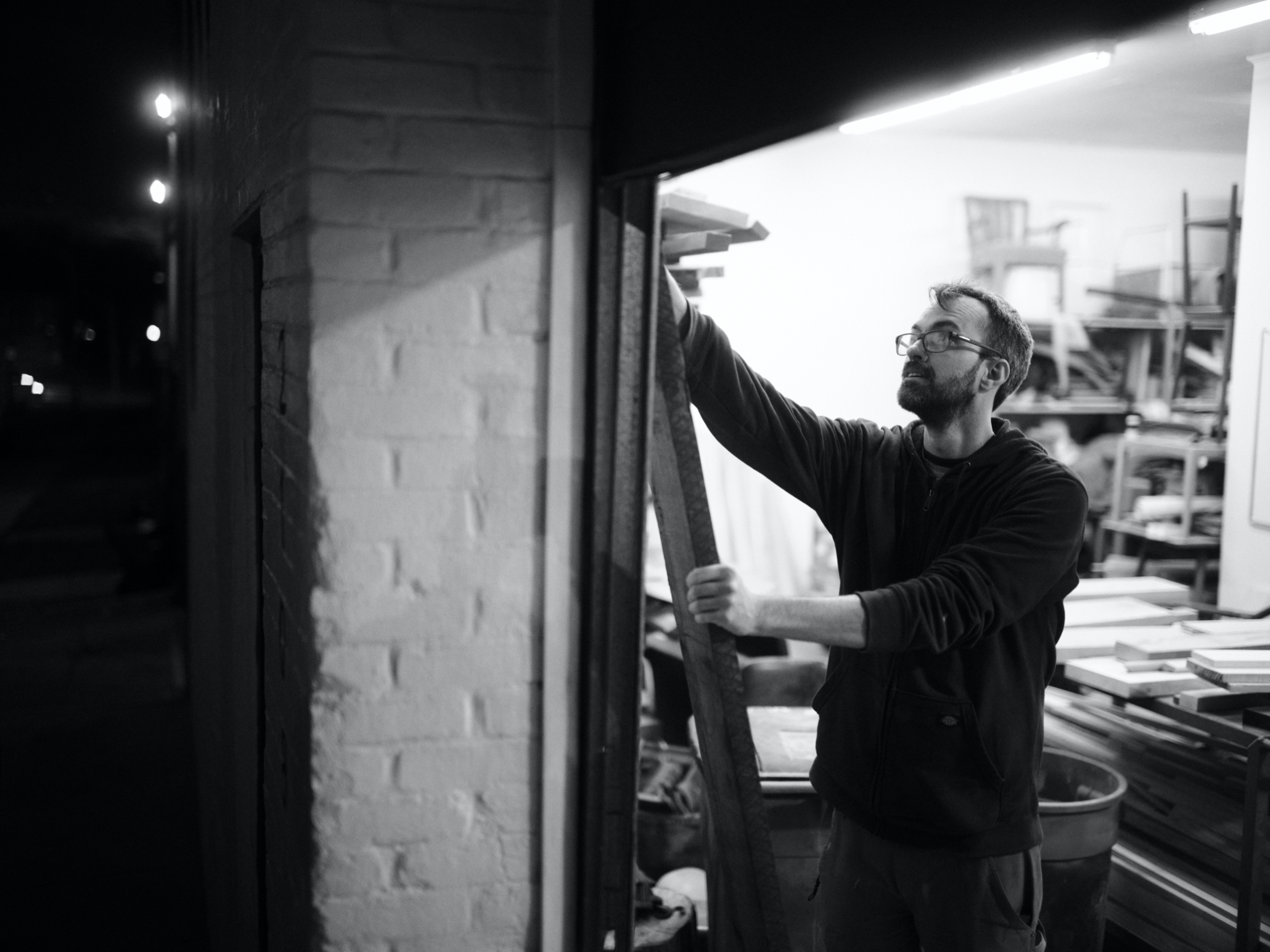 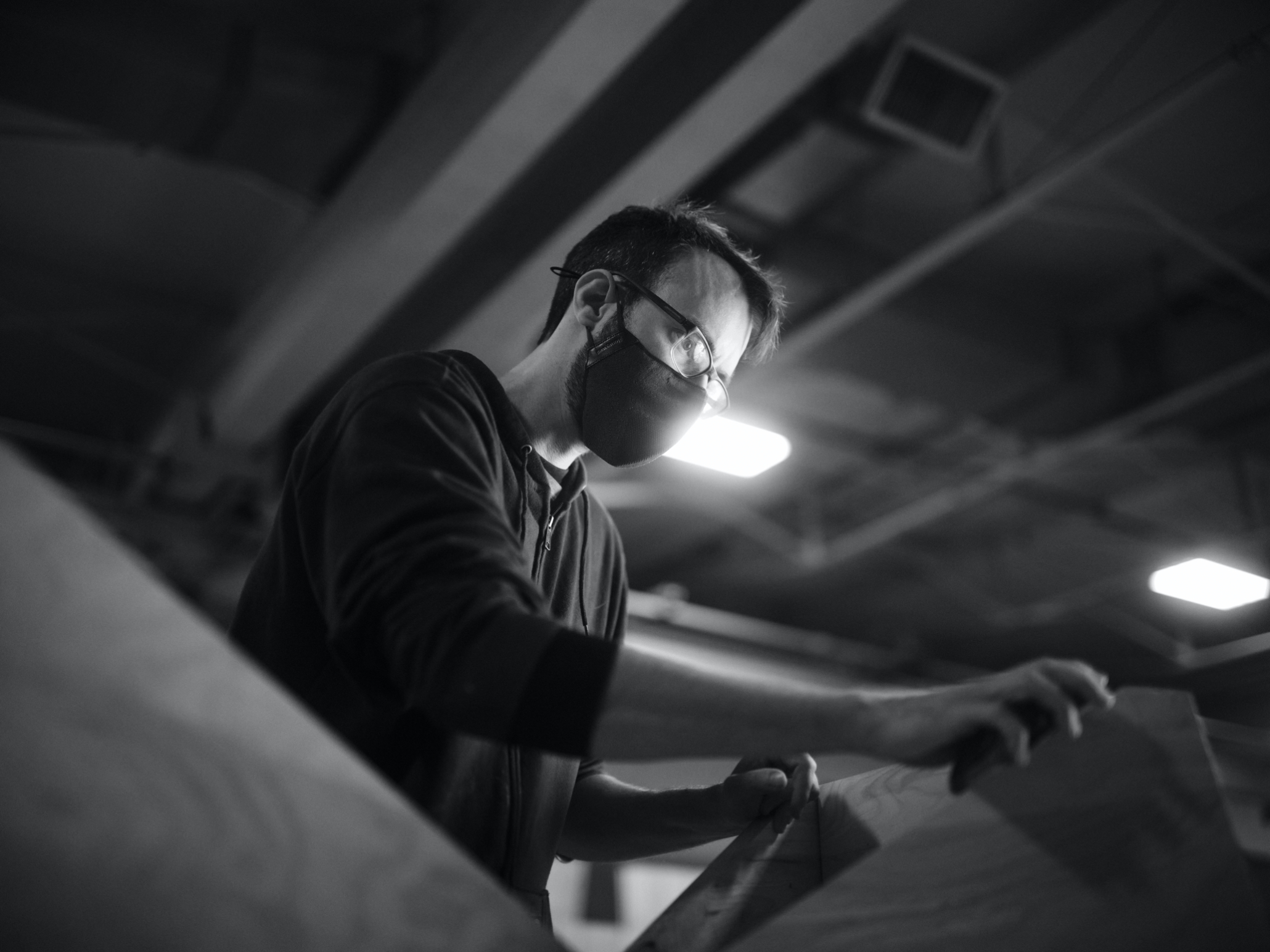 "I moved to Baltimore and shared a studio space with an old college friend. I needed something new on which to focus. My plan was to hustle on my furniture work, and slowly projects began to trickle with architecture firms such as PI.KL Studio who were some of the first people I worked with here. It helped get me on the map. After that, I landed some pretty big projects with Ziger/Snead which is another architecture firm in Baltimore. We made 12 benches at the Baltimore Museum of Art. That was a really big project for me at that point in my career.

I’m turning 40 this year. I've been in Baltimore for 10 years. I finally hired a studio manager so I can hone in even more on my craft. It's definitely hard work, but being able to come into my own space each morning and focus on the custom designs in front of me is what I enjoy most." 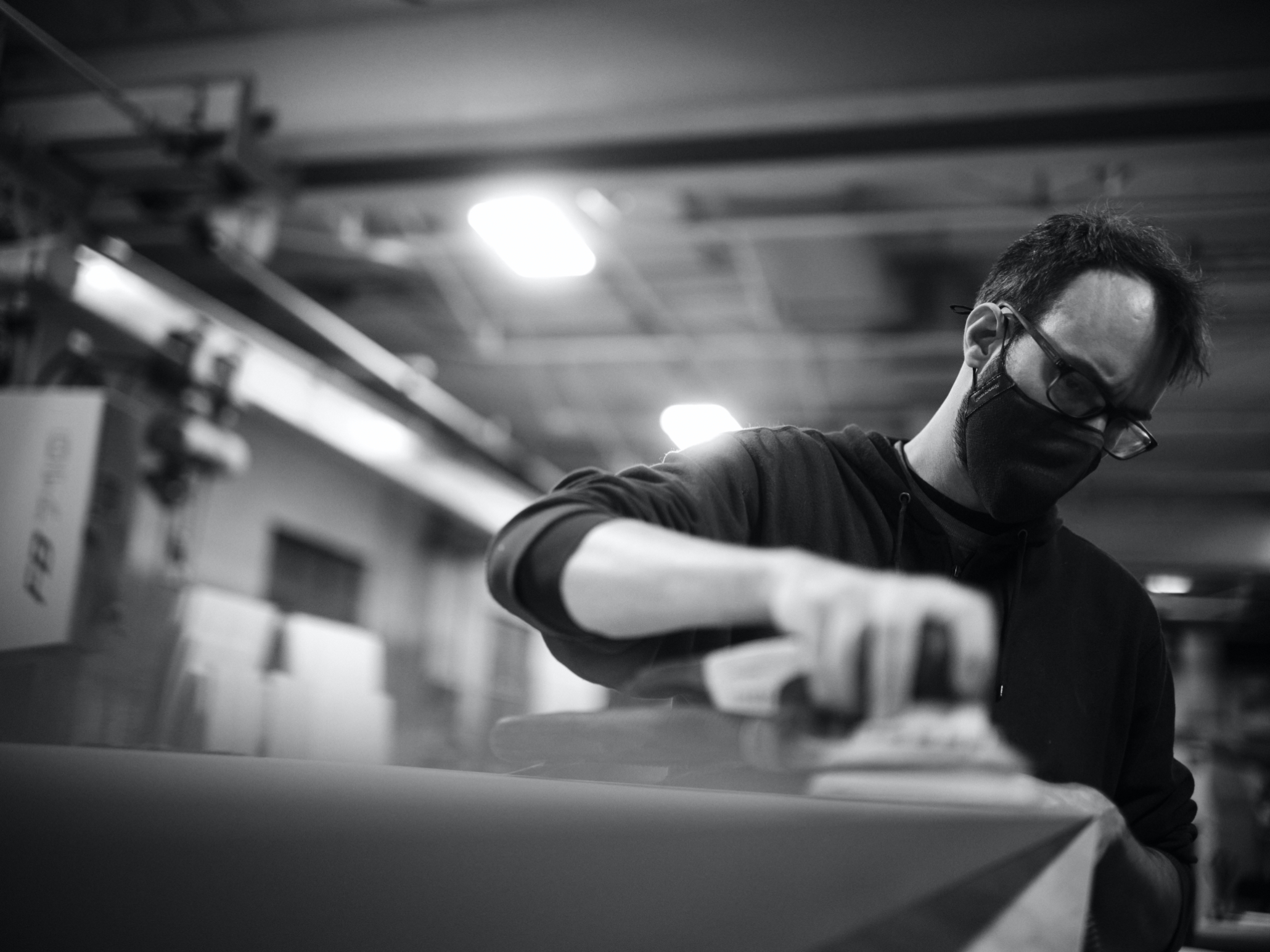 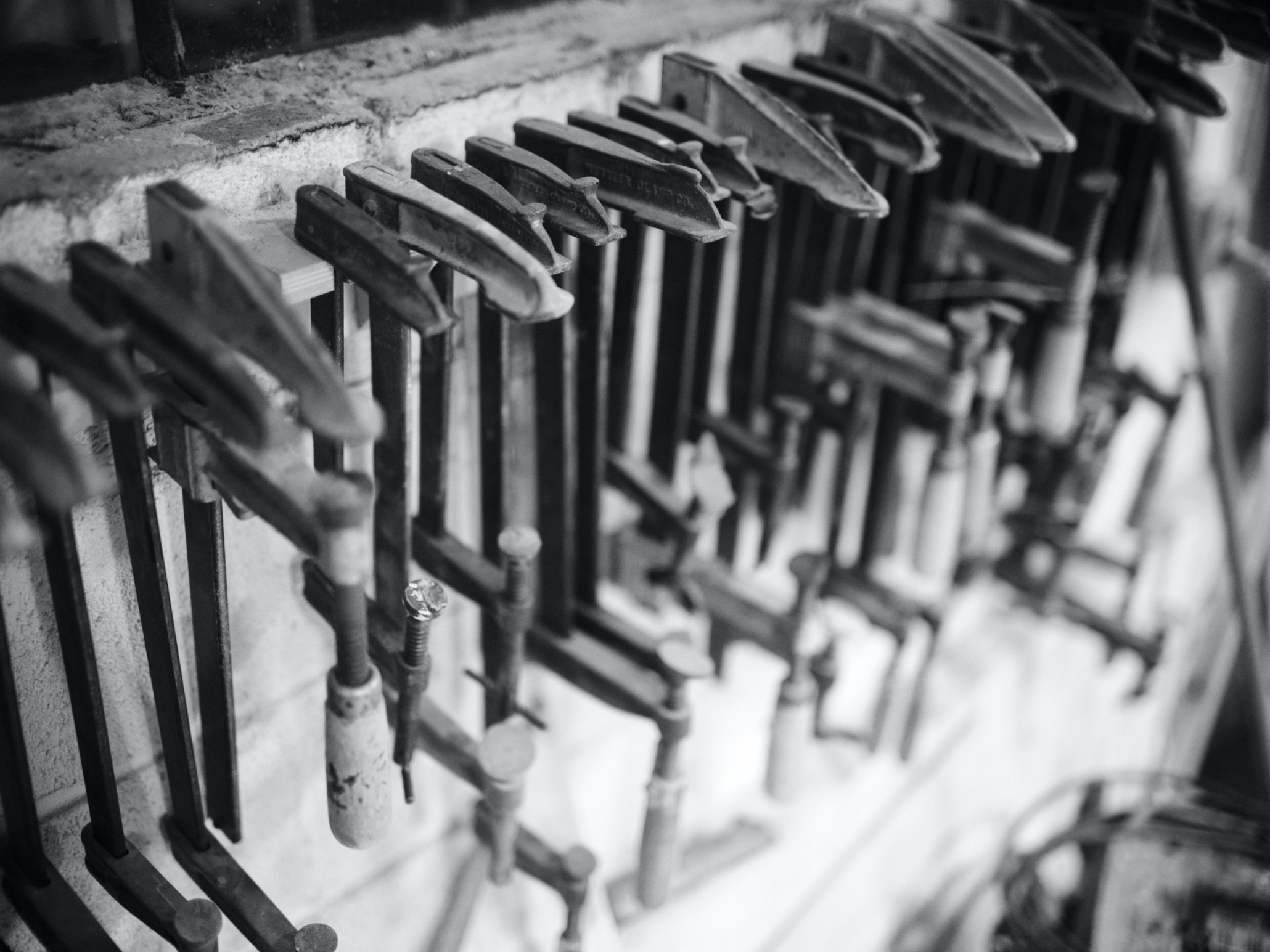 "Back in 2005, the Buddhist monastery I was working at had all of these books laying around about ‘work as meditation’, and ‘enjoying work,’ ultimately suggesting that work does not have to be soul-sucking. I think they were right. When I have my headphones on and the machines are running, there is definitely something meditative about what I do."