Welcome to Baltimore Small Business Stories.
If you are interested in learning more about us and our mission, please join our newsletter below and follow us on Instagram @BaltimoreSmall.
Thank you you for signing up.
Something went wrong while submitting the form.
Small Business:
Light Street Cafe
Owner:
Rikki Vaughn
Interview Date:
02.24.21

By:
Jon Bregel
Photographer:
Published on
Share this story

“As a teenager, I was a ‘fall in love’ type of guy. I met a young lady who lived in Joppatowne, so I cut school to spend time with her. My parents told me I needed to do the right thing by staying in school or I couldn’t live in their house.

I thought there was no way they’d throw me out. I was only 16 and that was against the law. Both of my parents worked in the legal field. My dad was a child support attorney for the Baltimore County Circuit Court and my mom worked in corporate law.

I called their bluff and I lost. I became a homeless teenager at 16 years old. I lived in an abandoned apartment with no windows. I went to Northwestern High School and often slept in the dumpster area behind the school. I’d rinse off in the back of the old Katz Insurance building using their water hose.

I can be stubborn. I didn’t want to admit defeat so I stayed homeless for two years."

"When you’re from the inner city, folks tell you as a kid, ‘You can’t do this, or you can’t do that.’ it ignites a fire in you; at least it did for me.

It took me a while to get on my feet. I eventually got a job working for McDonald’s when I was 18. I was told it was a dead-end job, but I became a store manager within a year. By the time I was 20 years old I was a supervisor. People still didn’t believe in me. I proved everybody wrong when I became the youngest vice-president for McDonald’s at age 25. That was the year I finally got my GED. I proceeded to get my first degree from the University of South Carolina, a second degree from Hampton University, and received an MBA. I also attended law school and earned a Ph.D.

I eventually left McDonald’s to franchise a Checkers restaurant. I advanced from franchising one store to over 100 restaurants."

"I’ve always felt the love for Federal Hill because it was a second home for me while growing up in the city. My friends and I met around here all the time. I had to check it out when I learned Light Street Cafe was on the market. I was a regular patron in this exact location so it felt like the perfect fit. We have hope for this restaurant brand to grow far beyond these four walls." 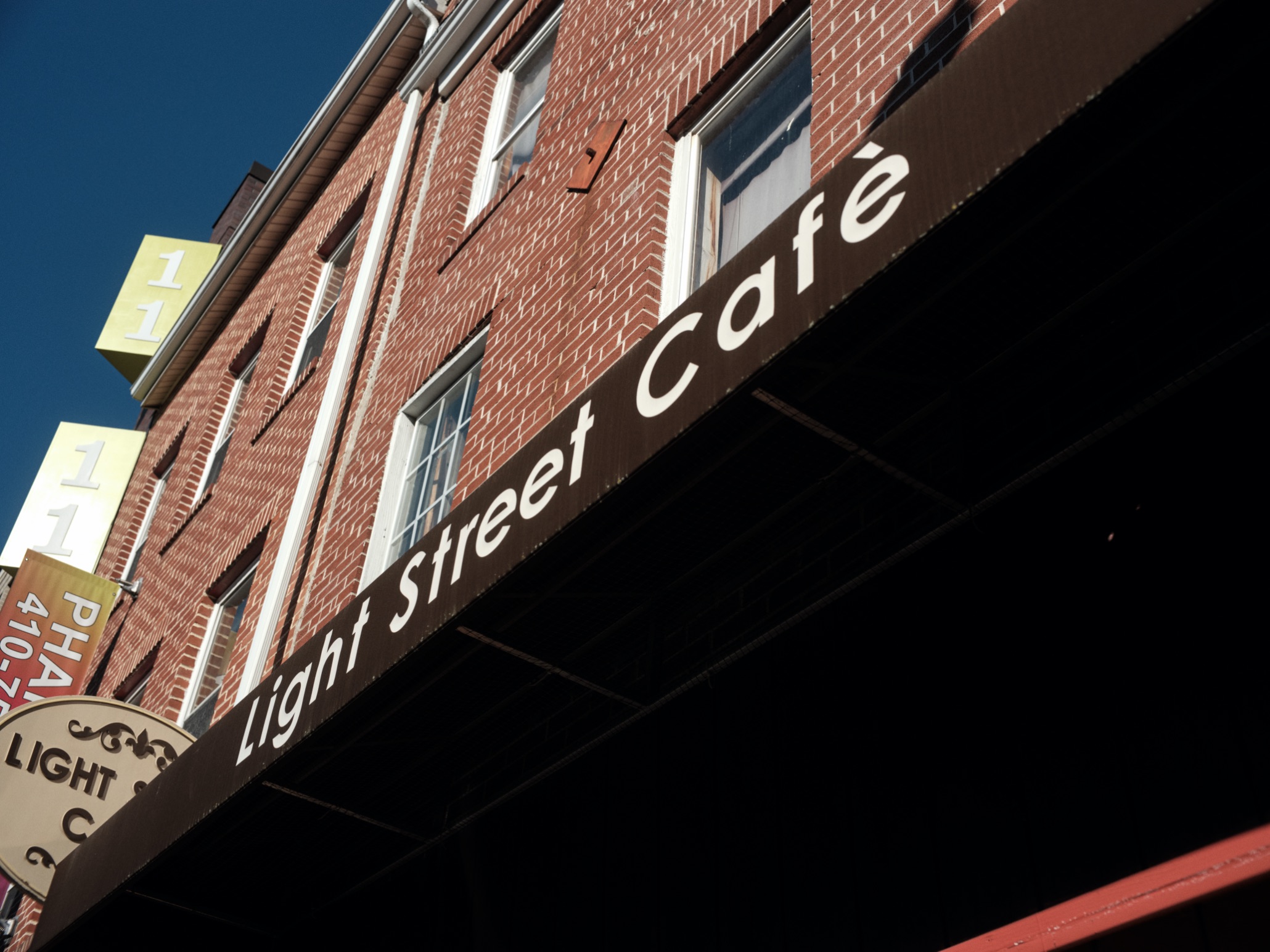 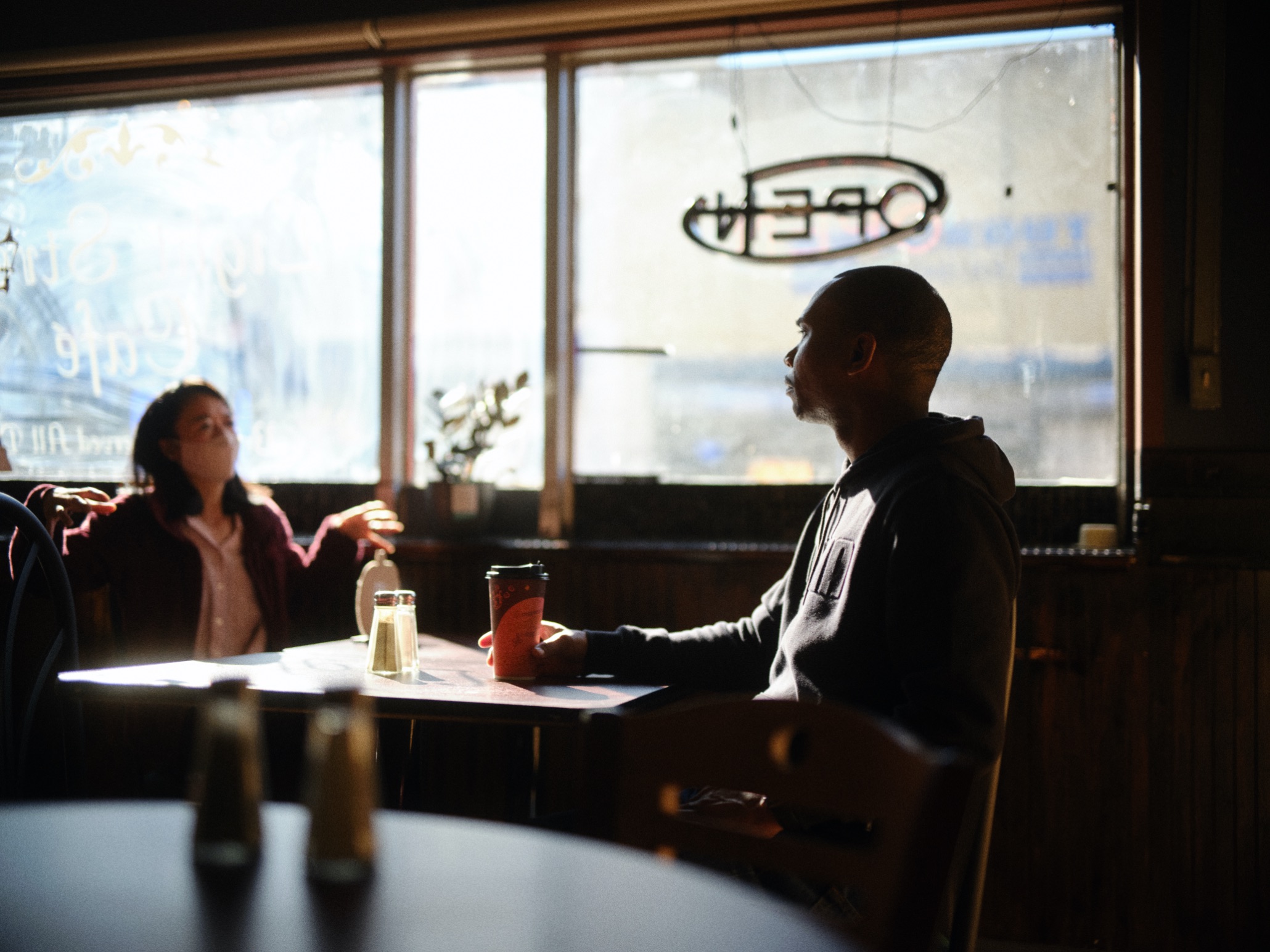 "I believe in harvesting privilege and giving back to the community. Thus far, we’ve given 50 laptops and more than 200 lunches to Digital Harbor High School. My passion as a business owner focuses on the personal development of others. Teaching leadership is key. I’ve always been one to encourage, empower, and embrace young folks who want to move up within their career path. Our city youth need to follow their dreams despite what society dictates to them.

I want folks to know that you can be a high school dropout from the inner city of East Baltimore and be successful. Nothing can stop you if you have drive and determination.”