Welcome to Baltimore Small Business Stories.
If you are interested in learning more about us and our mission, please join our newsletter below and follow us on Instagram @BaltimoreSmall.
Thank you you for signing up.
Something went wrong while submitting the form.
Small Business:
Rent-A-Tour
Owner:
Chris Riehl
Interview Date:
10.22.20

“I grew up in Baltimore County, but my parents always brought me downtown. We went to baseball games, festivals, other events and had lots of meals down here. It was a big treat to come into the city so I thank my parents for instilling in me that Baltimore was a worthy attraction.

I remember eating dinner at Harborplace and looking out over the harbor. I saw Federal Hill and I knew Fort McHenry was a little bit further down the road. I eventually learned the city’s history, the culture and diversity of our neighborhoods. I enjoy learning the stories behind places. I soak that stuff up. Whenever I see a historic plaque I have to stop and read it. History is a collection of compelling stories and I like that there are different interpretations of history.

My background was in travel and tourism, with a radio and TV degree. As a history buff who enjoyed sharing stories, I started as a tour guide with Rent A Tour and eventually found myself in a position to buy the business in 2007." 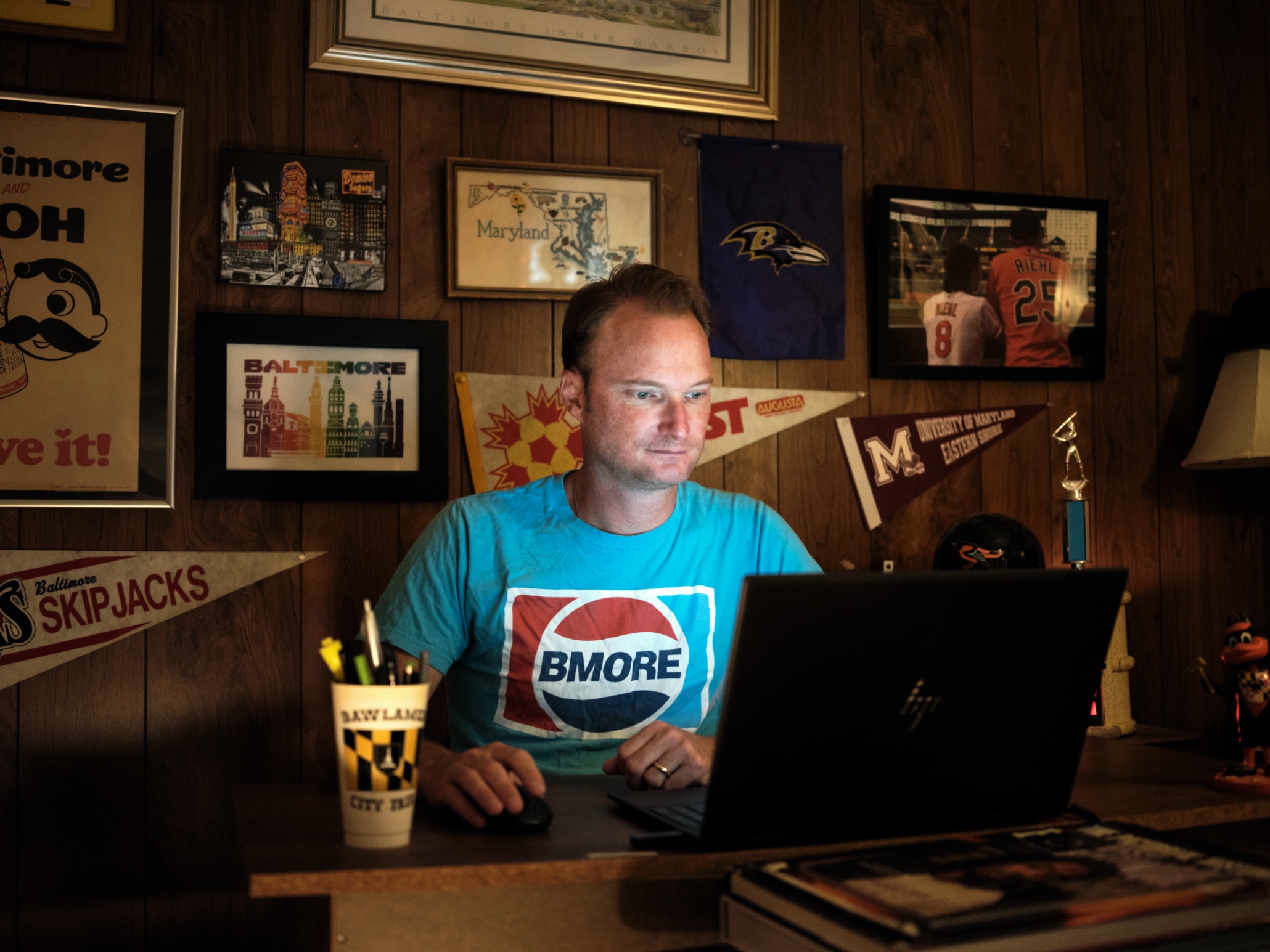 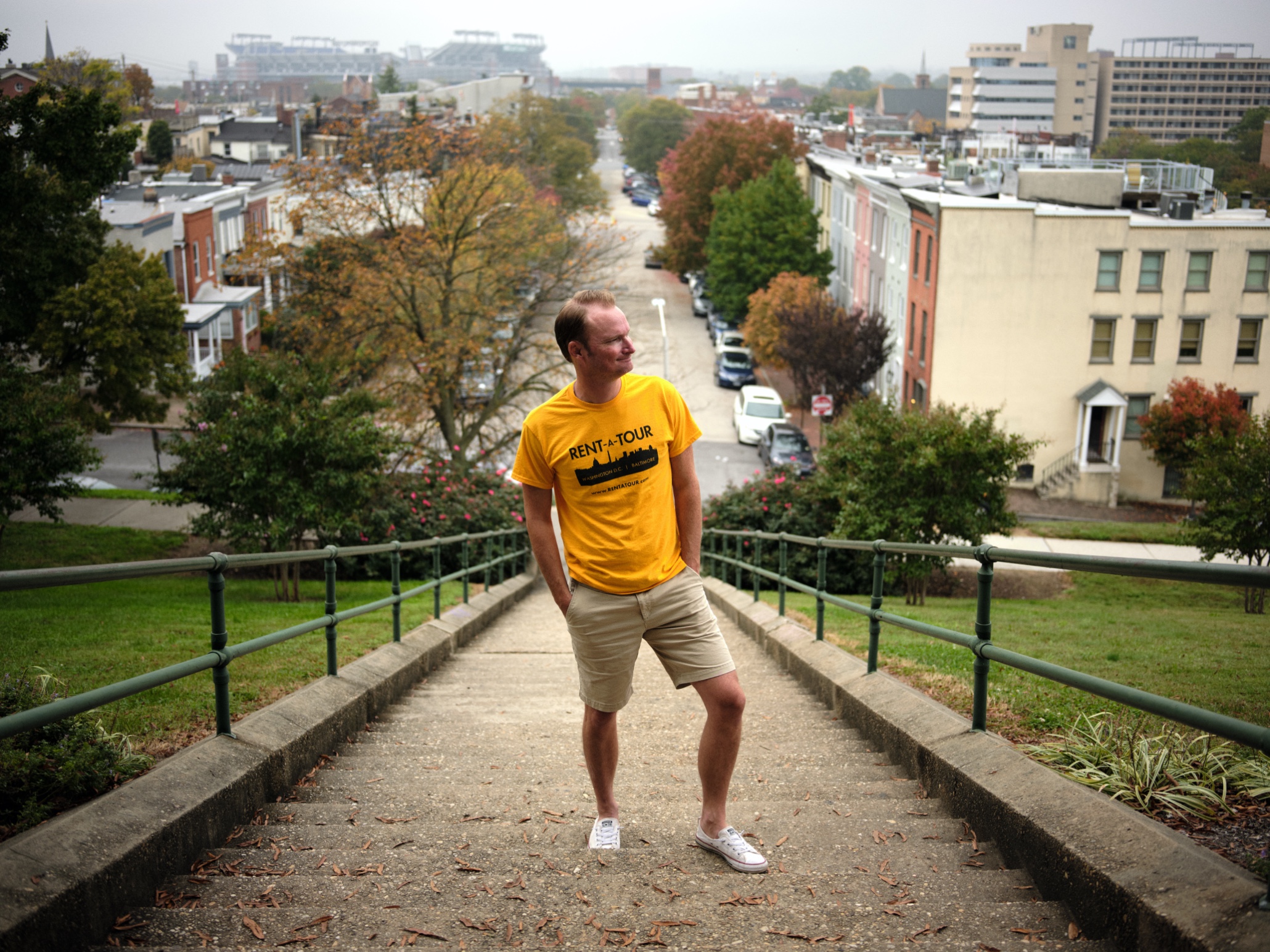 "The role of a good tour guide is to responsibly tell compelling, accurate stories and interpret history in a way that paints a complete picture. We must be entertaining without sugar-coating or spinning facts. We give folks a great experience highlighting stories and using anecdotes about Baltimore so they feel a connection with our city. We do walking and bus tours. We also have niche tours that might be centered around food, African American heritage, or you name it and we organize it." 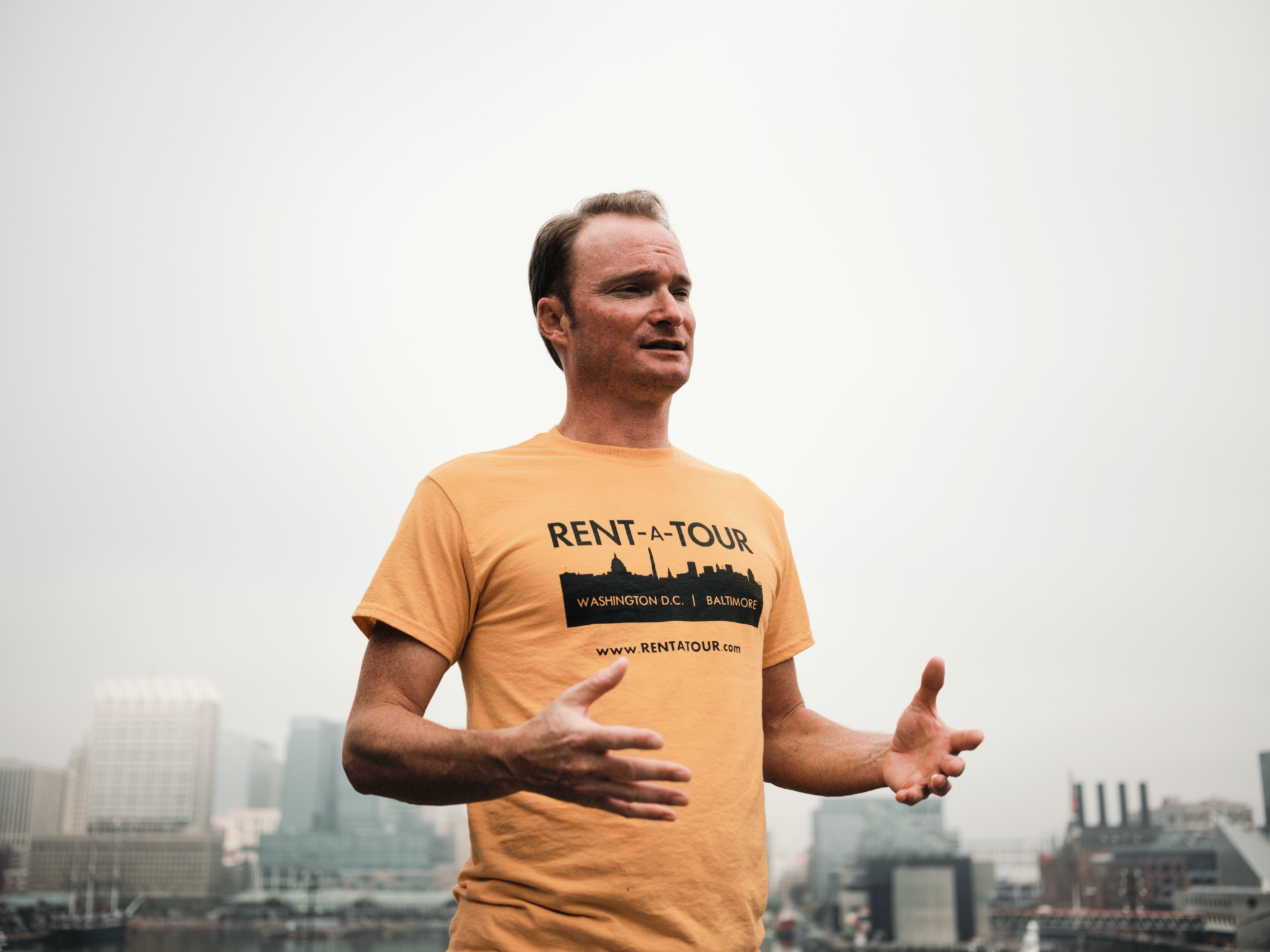 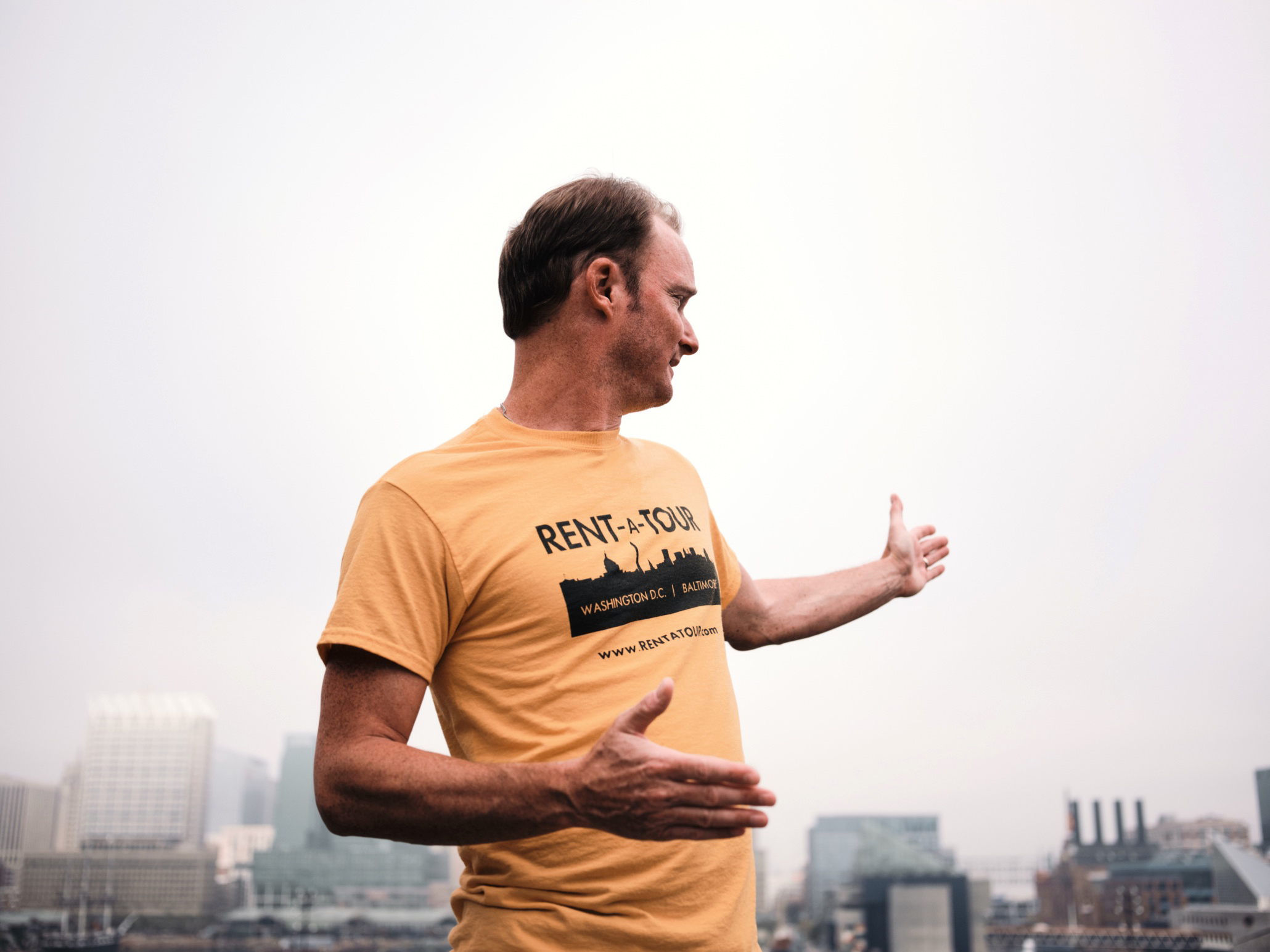 "We always put our best foot forward when it comes to sharing our city. I was once asked to give a tour to a blind woman. I wasn’t sure how I was going to do it. I thought of places she could experience through her senses such as the B&O Railroad Museum so she could feel the trains as we walked by and the H&S Bakery so she could smell the fresh bread. We went to the University of Baltimore where there’s a wonderful statue of Edgar Allan Poe. He’s seated with his head cocked to the side. It’s a great representation of him. She felt his face, reached around the back and she said, ‘Oh, there are a couple of books stacked up back here.’ And sure enough, as part of the sculpture, there were two to three books stacked behind him. It’s a minor detail, but something I’d never seen after showing it to literally hundreds of people. It took a blind person to point this out to me. I feel like that’s a metaphor for perspective. Everyone has a different perspective. I worked to figure out what I could show her and she ended up showing me a lot too."

What I love most about leading these tours is changing people’s perception, their perspective. Folks have either never been to Baltimore or it’s been a long time since they’ve been here. They have preconceived notions due to shows like The Wire, the 2015 uprising and how traditional media amplifies crime in pockets of Baltimore City. I take them to the historic sites, landmarks and into the neighborhoods. It paints a more complete picture of the city. They see for themselves that Baltimore has incredible history and so much to offer. The comment I get the most is, ‘Wow, I had no idea!’ That’s when I know we’re representing Baltimore well.”