Welcome to Baltimore Small Business Stories.
If you are interested in learning more about us and our mission, please join our newsletter below and follow us on Instagram @BaltimoreSmall.
Thank you you for signing up.
Something went wrong while submitting the form.
Small Business:
The Well | Acupuncture & Massage
Owner:
Jennifer Poulin
Interview Date:
06.10.21

“I was introduced to Eastern philosophy while being raised in Western Massachusetts. My mom was treated by an acupuncturist and an herbalist. I didn’t realize what a mecca western Massachusetts was for alternative medicine, especially acupuncture. I lived in a tiny town, right in the middle of it all and didn’t quite grasp the magnitude of the movement.

Growing up, four close members of my immediate family had life-threatening illnesses. My brother and mother had cancer right around my senior year of high school so I think that sort of set my path into the medical field and preventative medicine.

When I went to college, I shifted away from the health care of my childhood. I was a pre-med major and earned a degree in Kinesiology. Everything I learned was very grounded in science. I became very Western in my beliefs.

After college, I wanted to go to medical or chiropractic school, but I chose to procrastinate. I was burned out. I had a lot of responsibilities that I put on myself as a kid and I just needed some time to let the universe take over so I could better discover myself.

I eventually moved to Baltimore and was working in restaurants, letting life pass me by.  A wife of one of the cooks was an acupuncturist so she introduced me to acupuncture, partly because I wasn’t feeling so well at the time. I had gone to Western doctors who are known for prescribing drugs, but they weren’t helping me with my conditions so I decided to try acupuncture. I was initially very hesitant and reserved. Like, why would you stick a needle in somebody? How could that make you feel better? It seems a little ridiculous, but for some reason, it really helped me. From there, I was like, okay, there’s something to this." 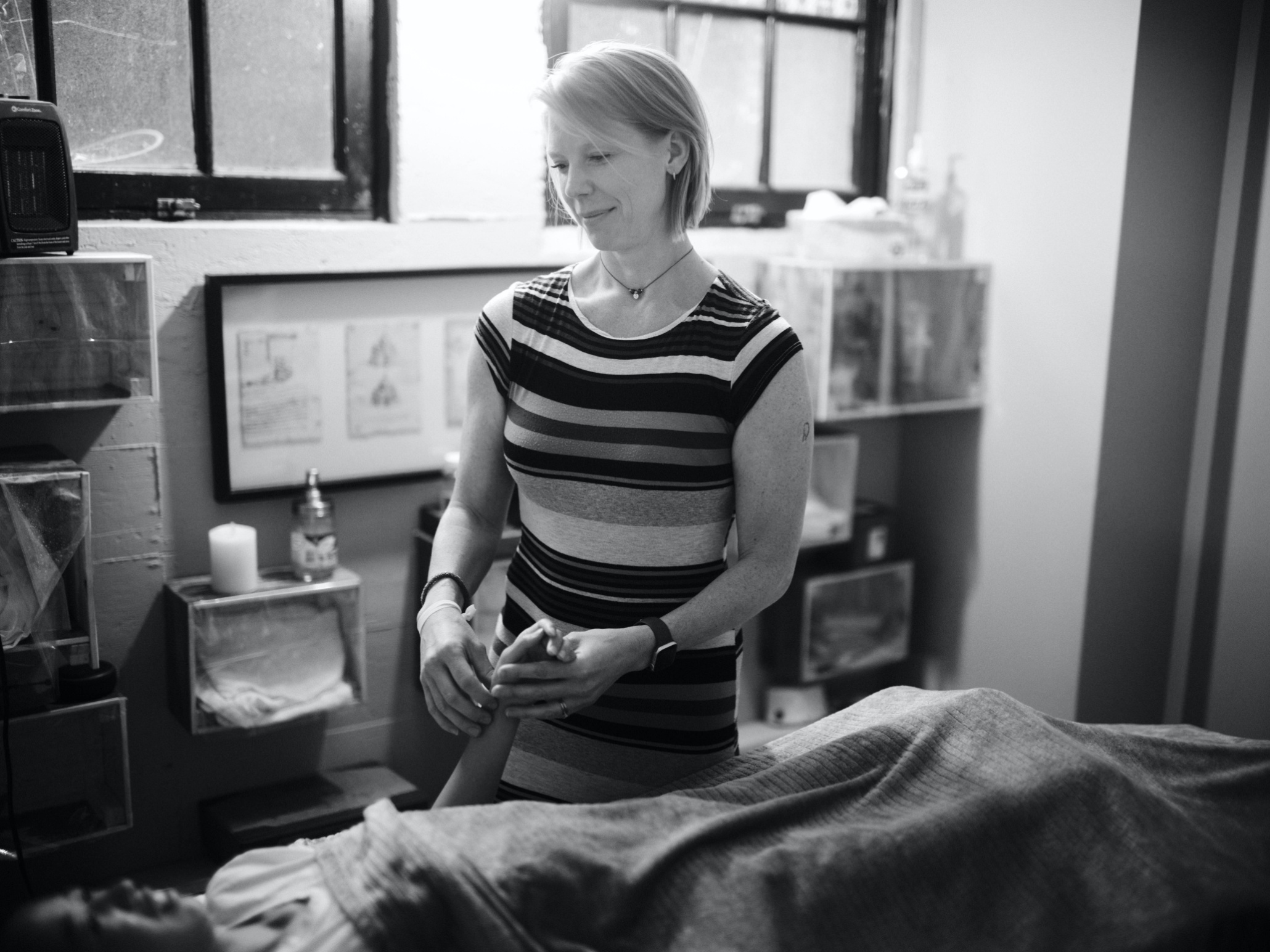 "I got tired of the restaurant business lifestyle. I knew it wasn’t my destiny, but it got me what I needed at the moment. It gave me a flow of cash, and I also met my husband and a group of friends who are still in my life to this day.

I started to realize that I wanted a family, and I wanted to be able to make my own schedule. My husband really helped me envision the reality of having my own business. I had studied Chinese medicine and practiced Shiatsu so I worked in a couple of wellness centers in the Baltimore area. A colleague of mine told me about a wellness center in Federal Hill and suggested I rent a room there. So I did, and that’s when I started to feel a greater sense of community with the team and clients. That particular wellness center eventually disbanded. By that time I was ready to start a similar center, but in my own way. I wanted to stay in Federal Hill because I felt connected to the clients who were already in the area. It feels good to walk down the street and bump into somebody you know and chat for a minute. I think it makes a big town feel smaller.

I opened ‘The Well’ in Federal Hill. We provide acupuncture, massage, and reiki. Our mission is to provide locals and visitors a retreat from the busyness and excitement of city living.

In sixth grade, I wrote a letter and put it in a time capsule. My mom saved it and I recently opened it up. On the paper was written, ‘Where do you see yourself in 20 years?’ My response was, ‘Playing a role in helping people in my community and having the respect of my community.’ I thought that was really cool because through my business, I think I’ve found my community here in Federal Hill.”