Welcome to Baltimore Small Business Stories.
If you are interested in learning more about us and our mission, please join our newsletter below and follow us on Instagram @BaltimoreSmall.
Thank you you for signing up.
Something went wrong while submitting the form.
Small Business:
Vanessa’s Vintage Treasures
Owner:
Vanessa White
Interview Date:
06.29.2021

By:
Photographer:
Jon Bregel
Published on
Share this story

“I’ve always loved vintage items. When I was nine or 10 years old, I’d go to the Salvation Army with my mother every day. They opened at eight or nine in the morning and there would always be a big crowd of people waiting to rush in for all of the good stuff. My mother would always let me pick one thing. I remember people in the neighborhood thought that my mom had so much money, but it wasn’t that; she was just a proud southerner. Since then, I’ve always been a fan of old stuff." 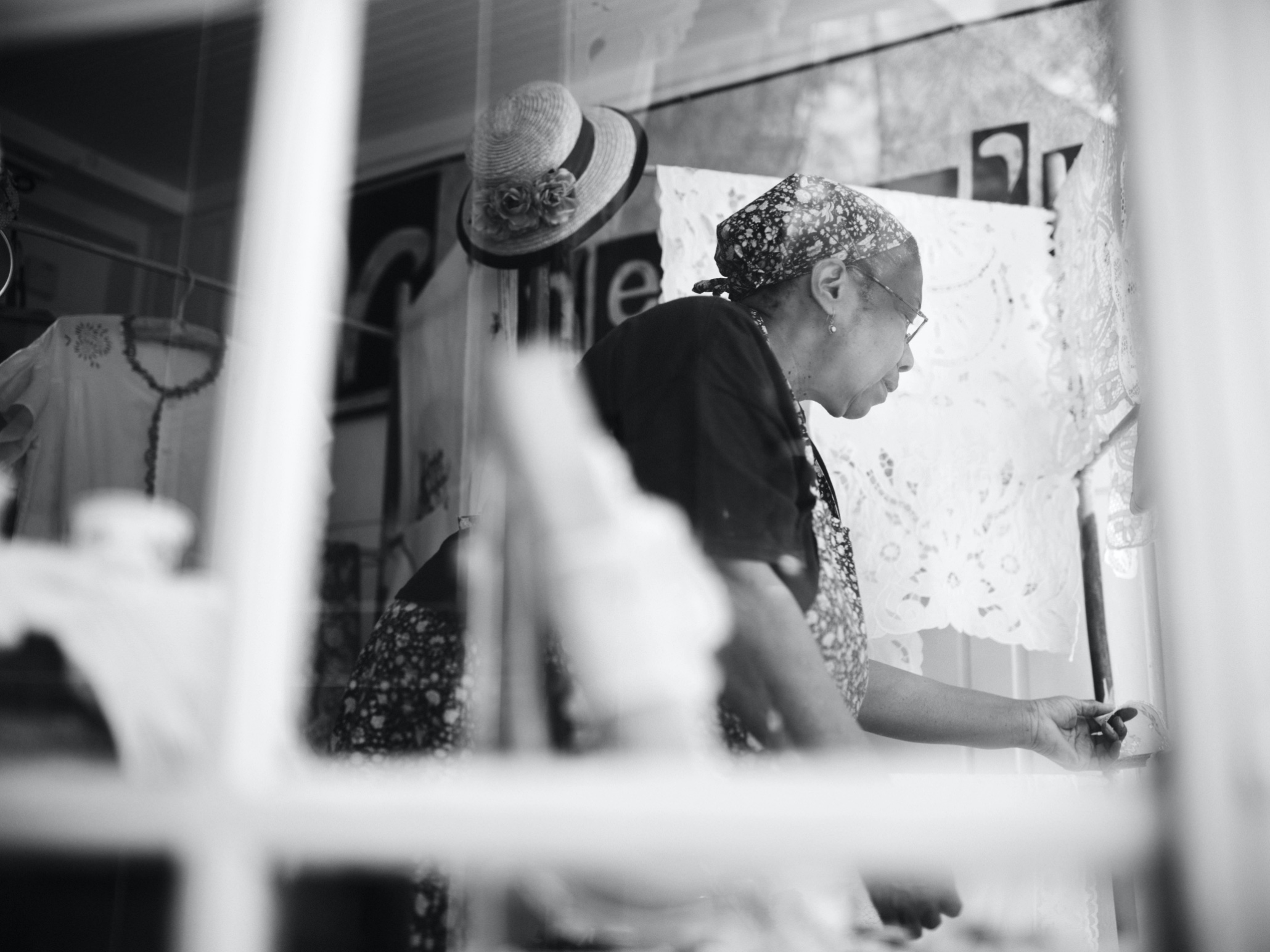 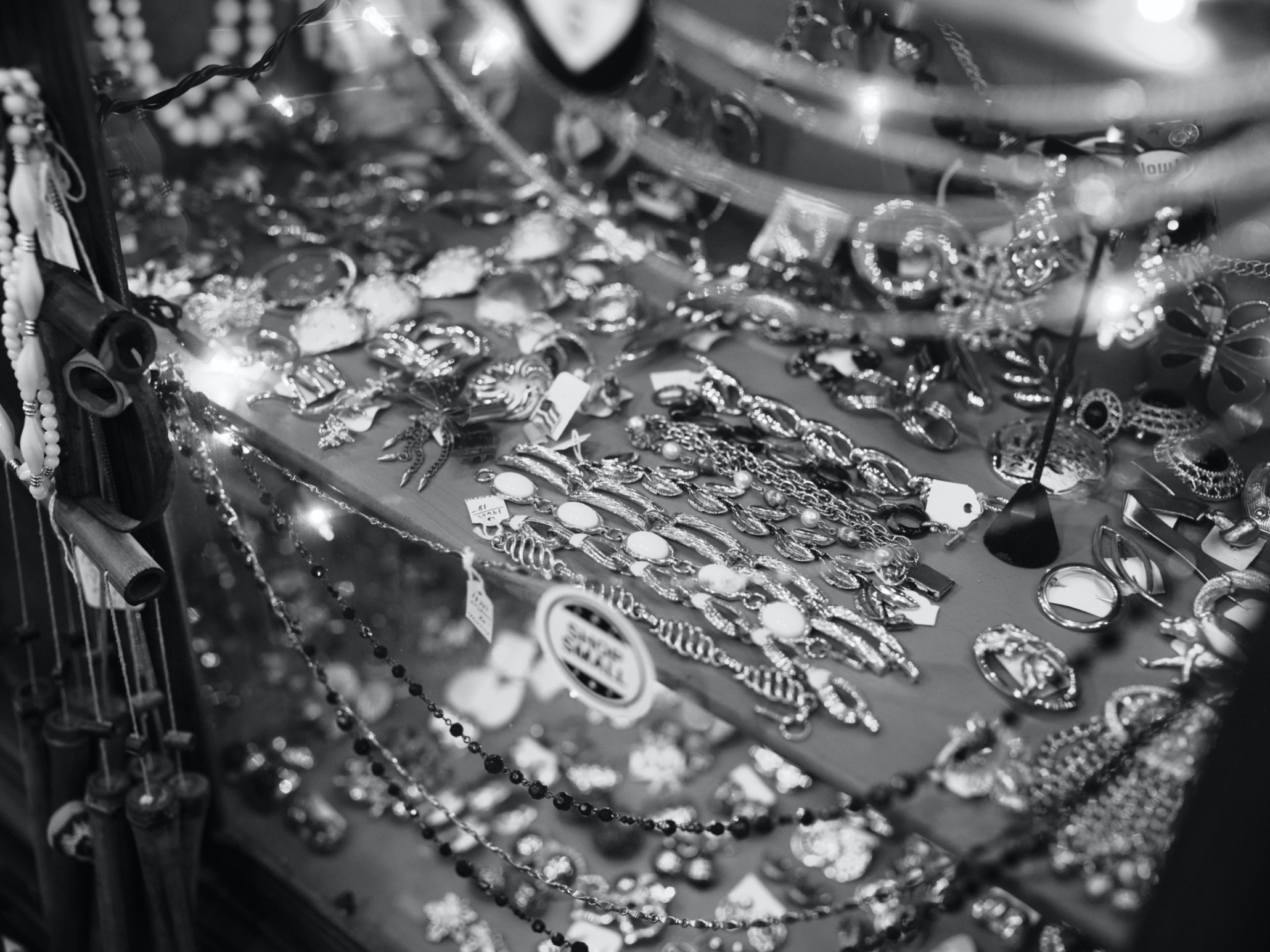 "When I was a teenager, I worked downtown at the hippodrome theater when it was a movie theater, not a broadway theater. I started working there in high school and through college to make money to pay the fees. One day I was on my way to get lunch at the market and I saw the lady that owned the vintage store near my house in Federal Hill. She knew that I could sew, so she stopped and asked me if I would put the hem on some dresses that she had made. I said okay. After I did those, I kept doing sewing work for her until eventually, she asked me if I could watch her store while she’d attend antique shows. I watched that store for about 10 years until she asked me to manage the store for her. I did that for a few years until she eventually decided to close her business, leaving me out of a job.

One day I was walking up the street and the thought popped up into my mind; if I had worked for someone else for all that time, I could probably run a store myself. So I just decided that nothing ventured is nothing gained.

I told my best, best friend in the world what I wanted to do and she gave me one-hundred dollars out of her mortgage money. That’s all the money I had to work with.

When the woman that I used to work for left her shop, I asked the man who owned the building if I could rent the space. He knew me so he said yes.

I had always been a collector of stuff, so I had a lot of things of my own. My brother went to Goodwill and helped me get one china closet. I had one cabinet that the women I had worked for left in the trash. There was also an old straw rug that she left in the trash. We unrolled it and my mother told me to put four paint-cans on the corners so it would lay down flat. Then I took a pair of lace curtains to divide the room in half, so it would look like some type of chic art gallery. I worked all through the night to prepare the shop."

"The morning that I opened, I had one dollar leftover from the hundred that my friend lent me.

Every time someone would come in and buy something, I’d put some in a jar towards rent and my BGE bill, and then I’d use the other little bit to take the bus to various Salvation Army’s around the city. I’d go to any crazy, horrific, bad neighborhood just to see if I could find one or two things. Slowly, that’s how I started to build.

When the first month was almost over, I had no idea how I was going to pay my rent— then someone came in and spent four hundred dollars. That was the exact amount I needed to pay the rent. The next month I just started all over again." 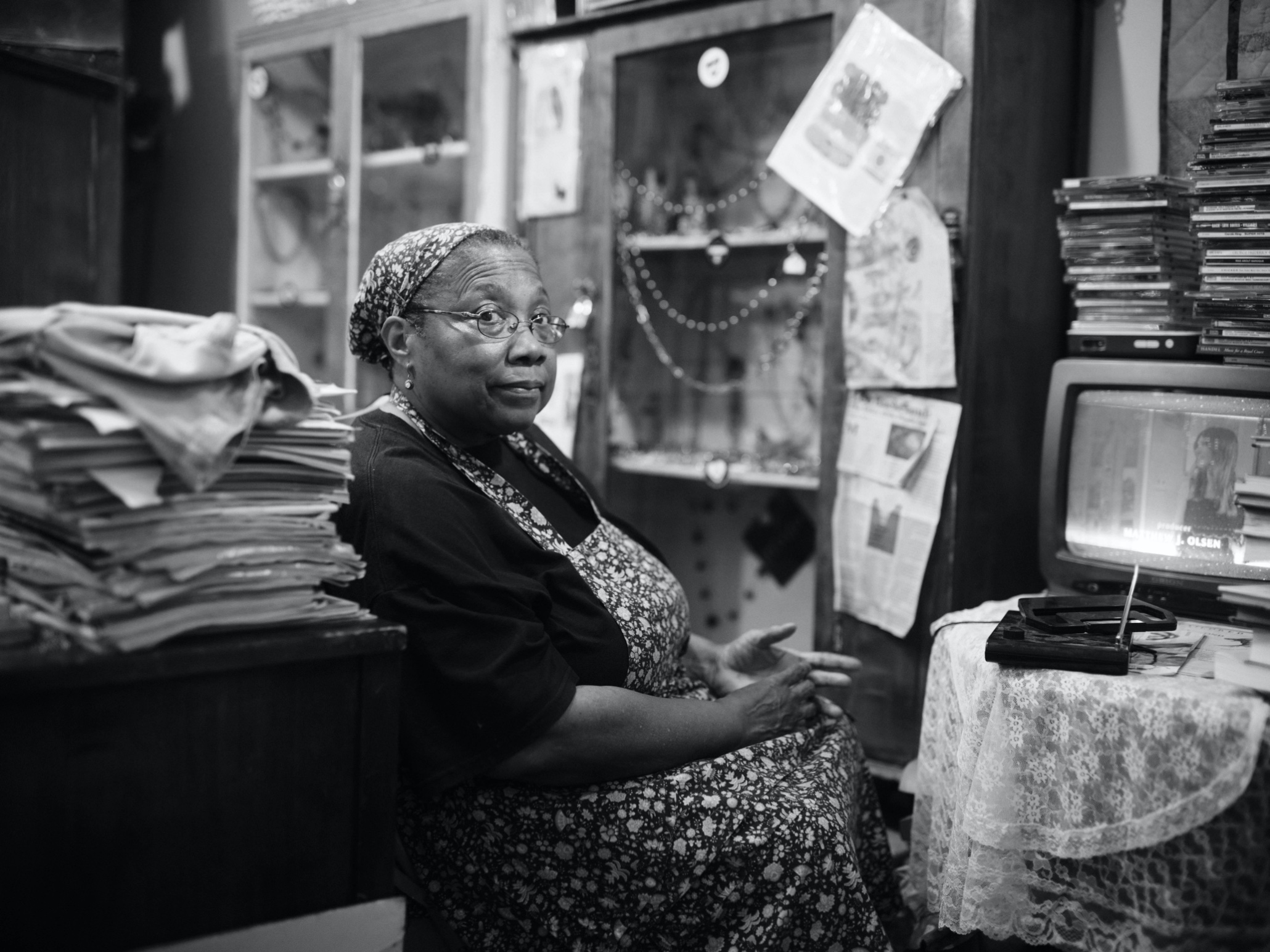 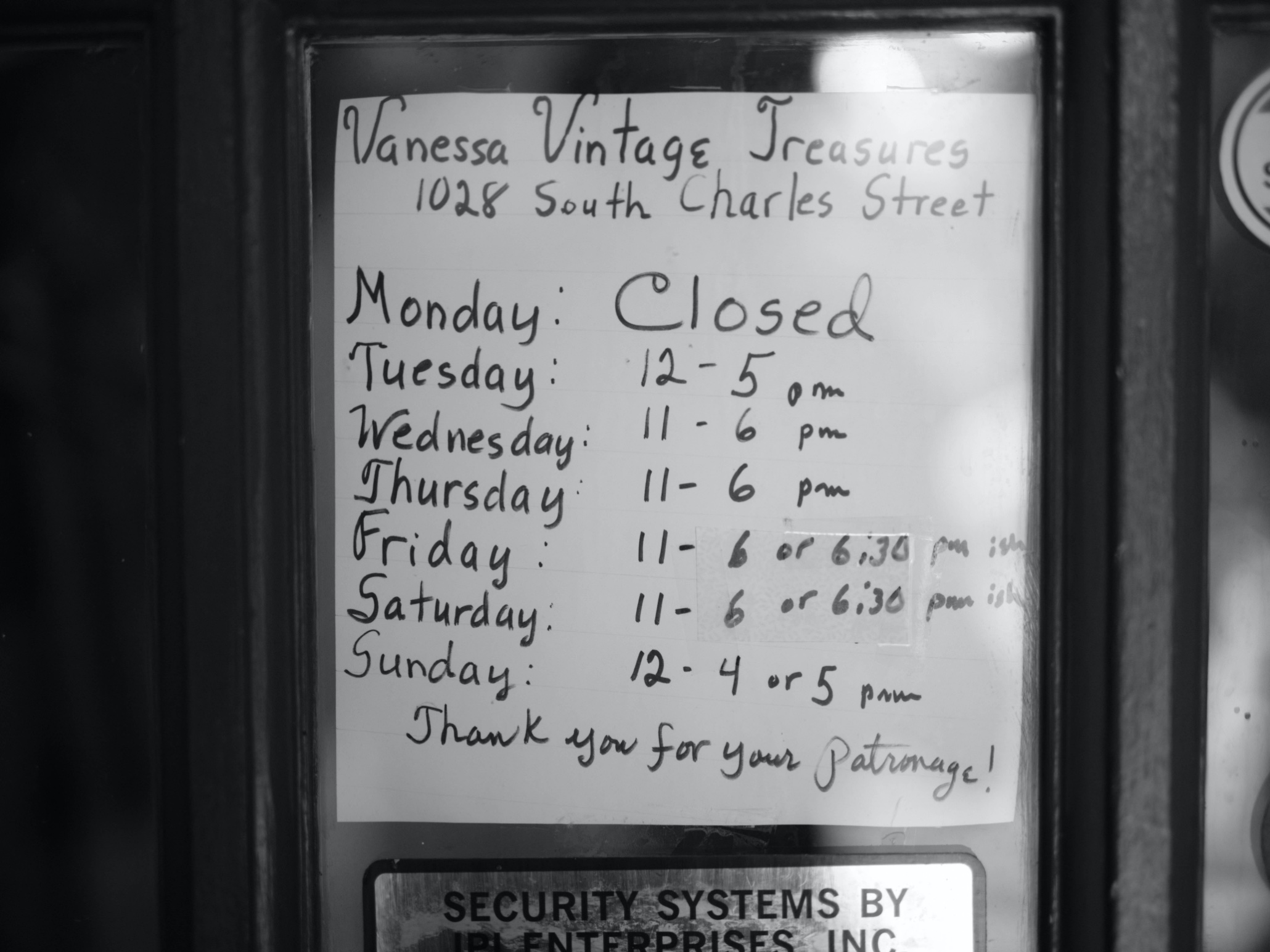 "As the years go past, it gets harder and harder to find the good stuff. I’m very particular about the things that come into this store. My mantra has always been; not everything that is old is good. Some old stuff is just crap and should be thrown in the trashcan.

I’ve had this business now for about thirty years. I’ve never had to drive or take the bus to work because I’ve lived in Federal Hill my entire life. This place is all I know— it’s home to me.” 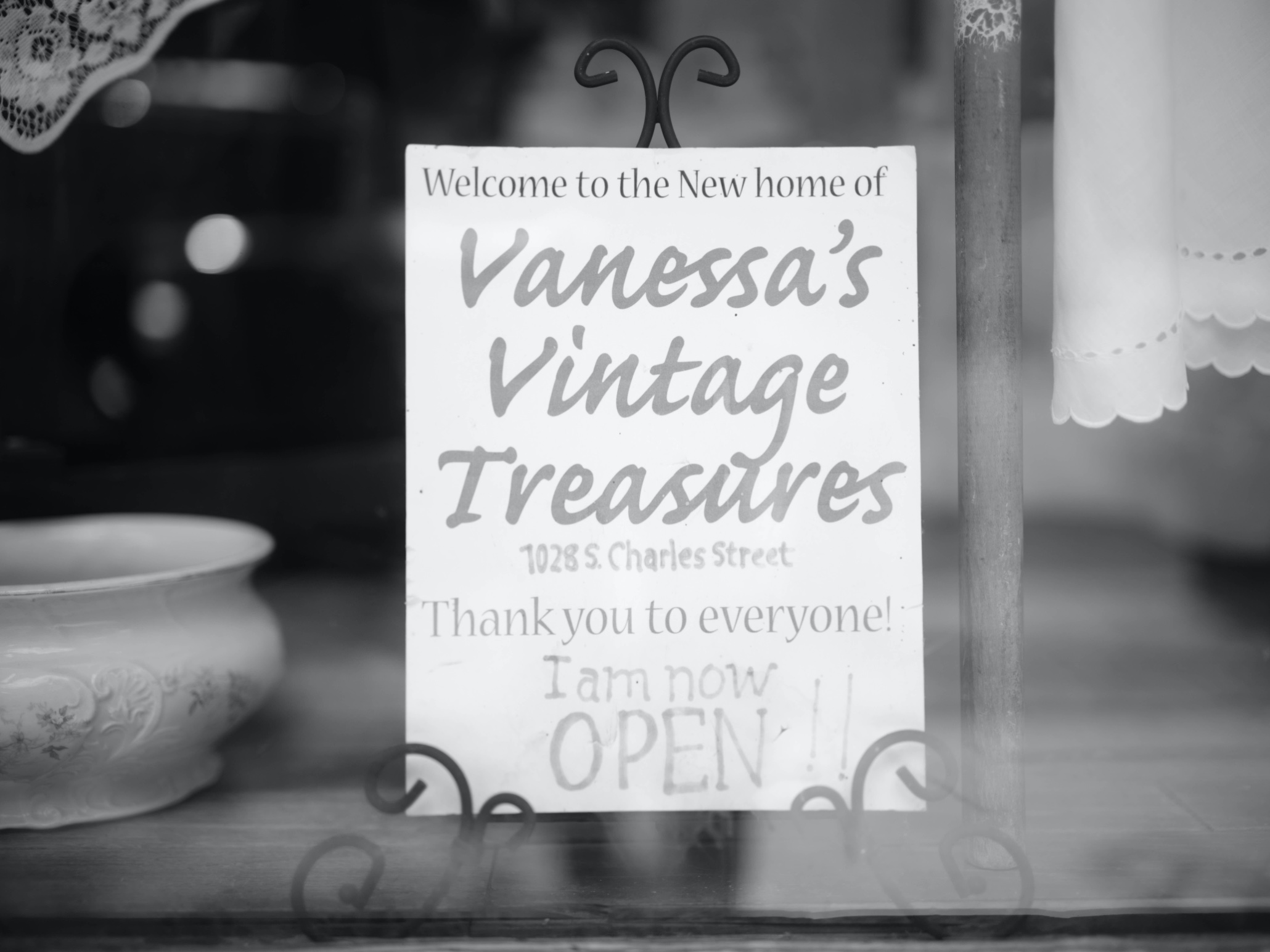 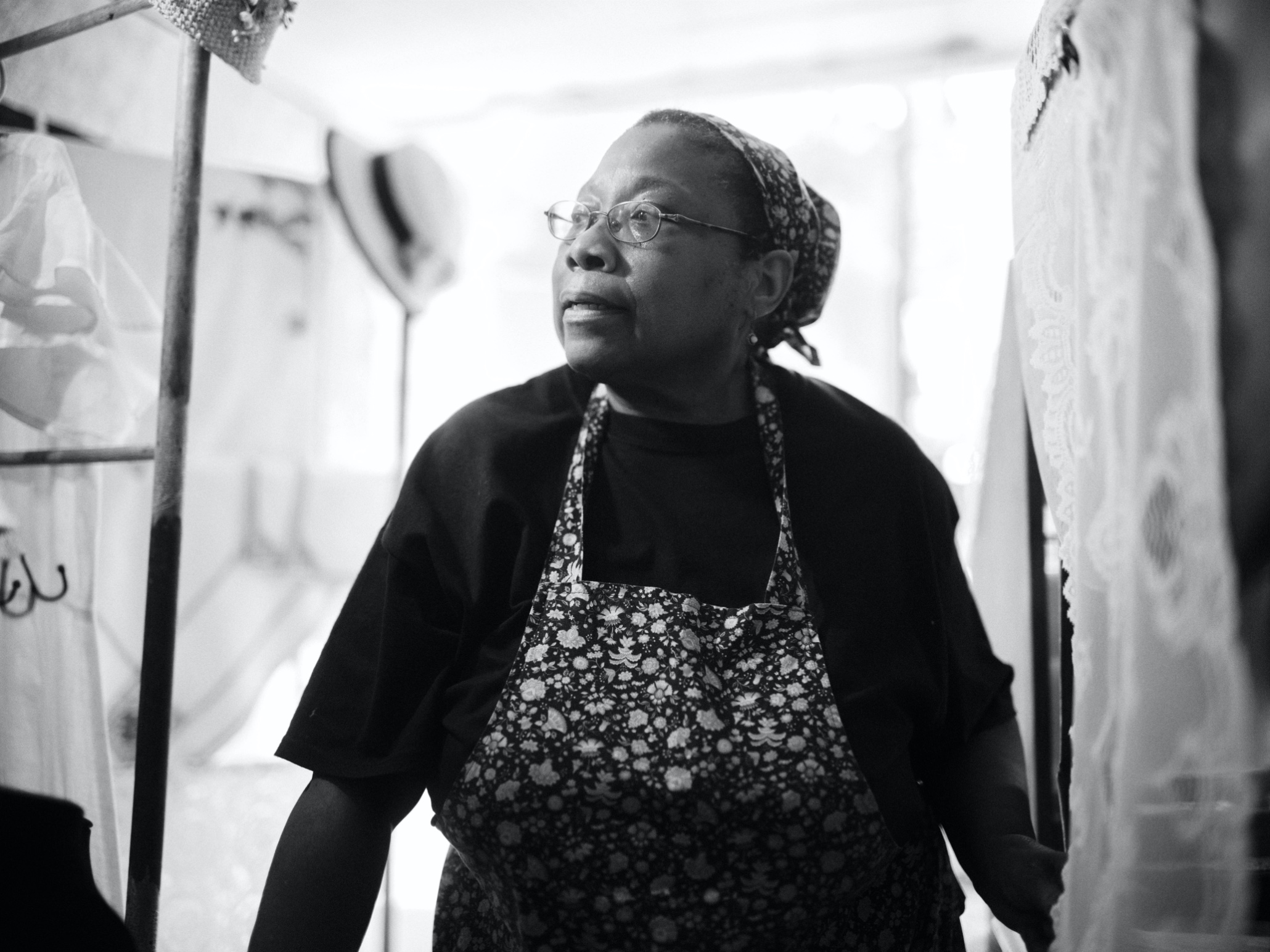